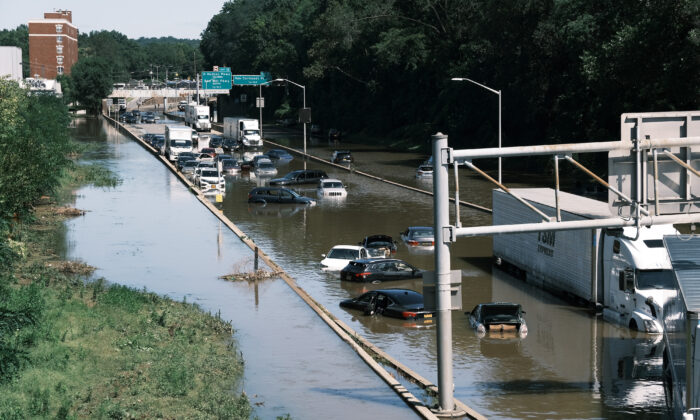 Cars sit abandoned on the flooded Major Deegan Expressway in the Bronx following a night of heavy wind and rain from the remnants of Hurricane Ida in New York on Sept. 2, 2021. (Spencer Platt/Getty Images)
By Jack Phillips