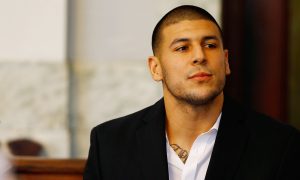 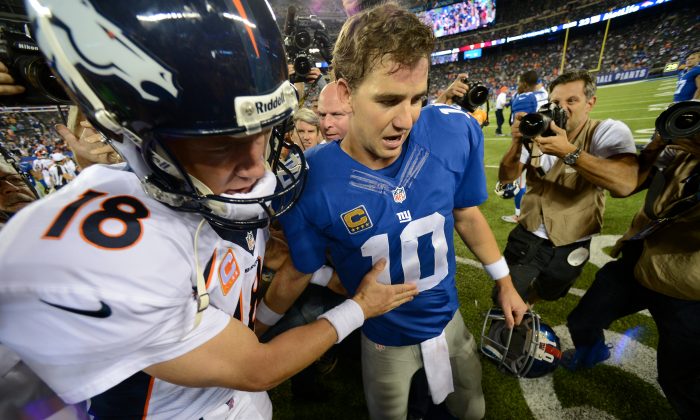 Sibling rivalry. Do the Manning brothers have it or is Eli Manning just one not to celebrate?

Take a look as Peyton’s younger brother is emotionless following a Broncos 2-point conversion that basically wrapped up Super Bowl 50 for Denver.

Whether Eli was just being calm, cool, and collected or not, the reaction went viral.

I could confidently say I’m happier than Eli Manning for the Broncos. Congrats on #SuperBowl50 Denver Broncos!

It’s also in stark contrast from when big brother Peyton was cheering on Eli and the Giants against the undefeated Patriots in Super Bowl XLII. (Play it from the 2:58 mark.)

There was more than just winning a Super Bowl at stake here though. Peyton’s win gave him his second Super Bowl ring—which equals how many Eli has in the one major statistical category that the younger Manning had over his five-time MVP brother.

Eli has still had a pretty good career though. The four-time Pro Bowl selection was taken No. 1 overall (just like his brother) in the 2004 NFL Draft. Although it took him five years to get to a Pro Bowl, he led the Giants to a Super Bowl win in his fourth season (2007) and then again four years later.

But with a porous defense and inconsistent running game surrounding him, Eli and the Giants haven’t made it to the postseason since beating the Patriots in Super Bowl XLVI.

It’s unfortunate too for Eli, as the youngest Manning brother especially excels in the spotlight of the postseason. Not only does he have sparkling 89.3 quarterback rating in 11 playoff games, he’s calmly led his team to an 8–3 playoff record, after a 0–2 career start.

Of course, with the 39-year-old Peyton’s nearly-inevitable retirement this offseason, 35-year-old Eli still has time to one-up him in the Super Bowl ring department if he can do what he does best and have another great postseason run.

Hopefully Peyton will still be there to cheer him on.