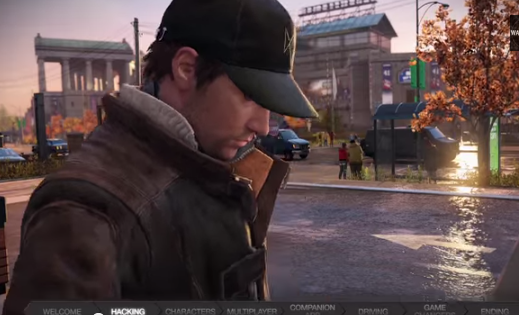 Watch Dogs will be released for PC as well as PlayStation 4, PlayStation 3, Xbox One, and Xbox 360 on May 27.

The release date for some of the systems have been pushed back due to development issues.

It also said that Watch Dogs is “the most pre-ordered new IP in the industry’s history,” and that the game builds on Ubisoft’s strengths: IP creation, open world, and massive production values.

The report cites two gaming outlets–a quote from an IGN review hailing the game, saying it “continues to impress us”; and a January 2014 survey from Gamespot that found Watch Dogs was the most anticipated game at the time.

Meanwhile, Ubisoft announced on May 20 that official reviews of the game won’t be posted until the release date. In other words, the company is requiring reviewers to hold off on their reviews until after the game is released.

The announcement came after early reviews came online, including one with a relatively negative tone of the graphics and multiplayer part.

“Hackers have attempted to infiltrate our system and post false reviews of Watch Dogs. All valid reviews will emerge at release on May 27,” said the game on its official Twitter account.

Here’s a summary of the game from one of the reviews:

“Watch Dogs is a great game that has a lot to do in the singleplayer but the multiplayer is painfully repetitive and not fun. The game stands on its own as a great singleplayer free roam but one that is outshined by Grand Theft Auto V.”