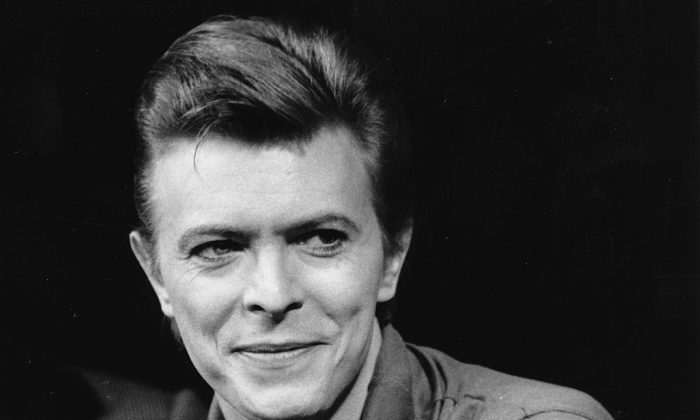 The song is featured on his 28th and final studio album, “Blackstar.” The dark video shows him writhing around in a hospital bed, and it begins with the lyrics, “Look up here, I’m in heaven.”

Bowie, who was secretly battling cancer, died on Jan. 10.

“David Bowie died peacefully today surrounded by his family after a courageous 18-month battle with cancer. While many of you will share in this loss, we ask that you respect the family’s privacy during their time of grief,” a spokesman wrote on the legendary singer’s website. No more details were provided.

The Daily Mail reported that Bowie knew his cancer couldn’t be cured. The album was recorded while he was ill, and he viewed it as his “parting gift” to the world.

A week ago, Bowie apparently sent producer and electronic musician Brian Eno a farewell email, saying: “Thank you for our good times, Brian, they will never rot.”

Bowie turned 69 on Friday, the same day as he released the new album.

The singer, who was born David Jones in London, came of age in the glam rock era of the early 1970s. He had a striking androgynous look in his early days and was known for changing his appearance and sounds.

After his Ziggy Stardust era, the stuttering rock sound of “Changes” gave way to the disco soul of “Fame,” co-written with John Lennon, to a droning collaboration with Brian Eno in Berlin that produced “Heroes.”

He had some of his biggest successes in the early 1980s with the bombastic “Let’s Dance,” and a massive American tour. Another one of his definitive songs was “Under Pressure,” which he recorded with Queen; Vanilla Ice would years later infamously use the song’s hook for his smash hit “Ice Ice Baby.”

“My entire career, I’ve only really worked with the same subject matter,” Bowie told The Associated Press in a 2002 interview.

“The trousers may change, but the actual words and subjects I’ve always chosen to write with are things to do with isolation, abandonment, fear, and anxiety—all of the high points of one’s life.”