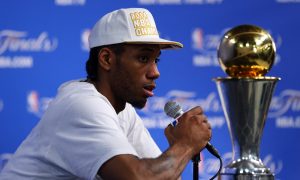 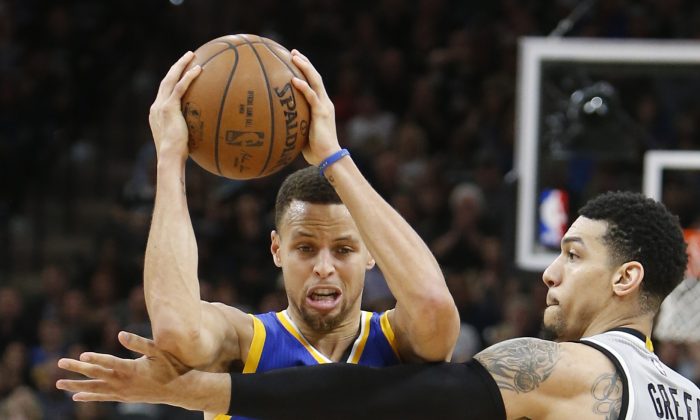 The San Antonio Spurs topped the Golden State Warriors 87–79 Saturday night in a matchup of the two teams with the best records in the league.

Reigning MVP Stephen Curry struggled in the contest, scoring 14 points off of 4-for-18 shooting—including 1-for-12 from three-point range. Curry was also blocked on a three-point attempt by Danny Green marking the first time this season the 6-foot-3-inch Curry has had his shot rejected from outside the arc.

With the loss, Golden State dropped their record to 62–7. Should they beat Chicago’s 72-win season of 1995-96, the Warriors must go at least 11–2 the rest of the way. Meanwhile, with the win, San Antonio (59–10) still has a shot to tie the Bulls if they’re perfect down the stretch. The Spurs have won six straight games now.