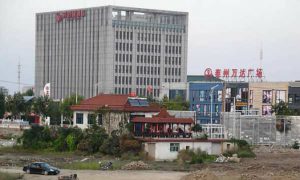 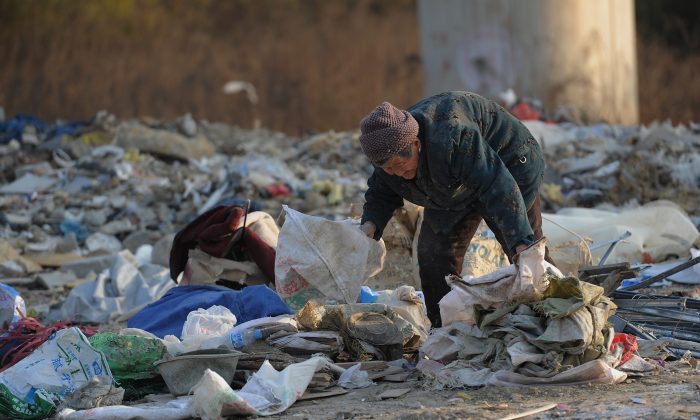 A video of agents of the state in China administering violence against elderly people has appeared online, outraging Internet users. The violence in this case was not carried out by China’s notorious chengguan, or urban enforcement officials, but instead by auxiliary police, who are caught on tape as they beat a senior couple who collect recyclables.

Auxiliary police are, like chengguan, often ill-trained, not very well paid, and serve as volunteer or replacement staff when professional police manpower is insufficient.

The video was shot in Qilian District in Yunnan Province, and has circulated on Sina Weibo, China’s Twitter-like service. The elderly man is seen being repeatedly beaten by a man in uniform as he struggles to fend the officer away. When his wife tries to come to his aid, she is also attacked. The police said the couple had broken traffic rules.

At the end of the video, a driver can be heard cursing and shouting at the officers not to hit women.

The attackers have since been suspended from their jobs, according to Sina, a Chinese news website.

Netizens on Sina Weibo had reacted with outrage. A netizen from Shanxi wrote: “I think the chengguan and auxiliary police are all made up of local thugs. They can’t be provoked.”

A netizen calling himself “zuofu_521” from Liaoning wrote: “Is that all, job suspension? Did they not break the law?? All I want to know is whether the police broke the law by beating up other people.”

So-called auxiliary police are mostly untrained members of the public, some perhaps already given to violence, who sign a one to three year contract with the security bureau. They’re given a baton and told to patrol the streets, asking for identification cards and keeping order.

But they often overstep their proper authority in boorish and aggressive displays.