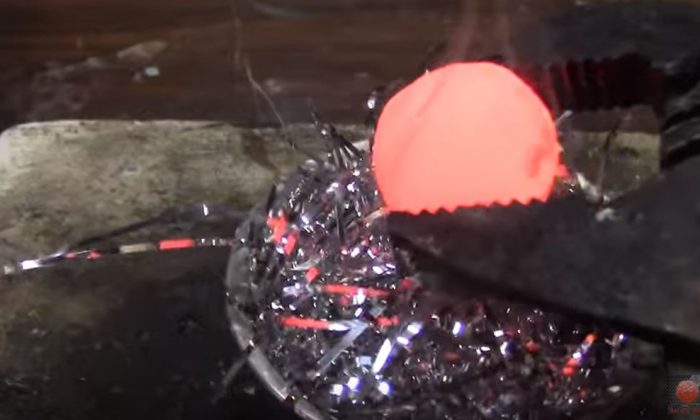 For those unfamiliar, there’s a series of YouTube videos that involve placing red-hot nickel balls on various objects, including phones, ice, gummy bears, and cheese. This time around, a user placed a “RHBN” on a wad of fire-retardant tinsel. The tinsel might be resistant to flames, but definitely not red-hot nickel. Nickel has a melting point of around 2,651 degrees F.

It produces a disgusting-look plume of smoke. The smoke is quite thick and even has a greenish tint to it.

These videos were first done done by Matthew Neuland, who spoke with Vice in May 2015. He’s made dozens of the videos.

“It went viral,” Neuland told the website, “and I started getting in requests…I kept doing it, and they kept liking it.”