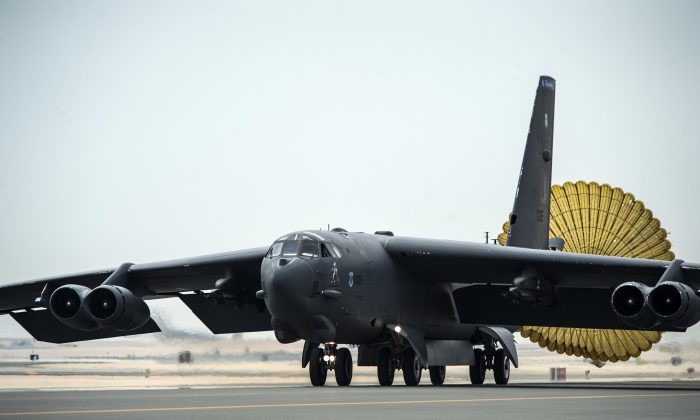 The Pentagon released a video that shows the first U.S. Air Force B-52 Stratofortress airstrike, which destroyed an ISIS weapons storage facility on April 18.

The Air Force said the B-52 Stratofortresses arrived at Qatar’s al-Udeid Air Base earlier this month.

It is the first time the Cold War-era heavy bombers have been based in the Middle East since the Gulf War. During Desert Storm, B-52s delivered 40 percent of all the weapons dropped by coalition forces, according to the U.S. Air Force.

B-52 is a long-range, heavy bomber that can fly at high subsonic speeds at altitudes up to 50,000 feet. They can also carry nuclear or precision guided conventional ordnance with worldwide precision navigation capability.