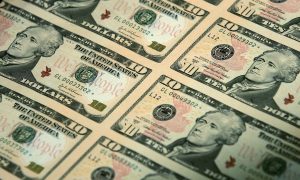 What's the Debt Ceiling and Why Is It an Obsolete Way to Control Spending?
0
Share Now
TelegramFacebookTweetEmailTellMeWeReddit
Copy Link 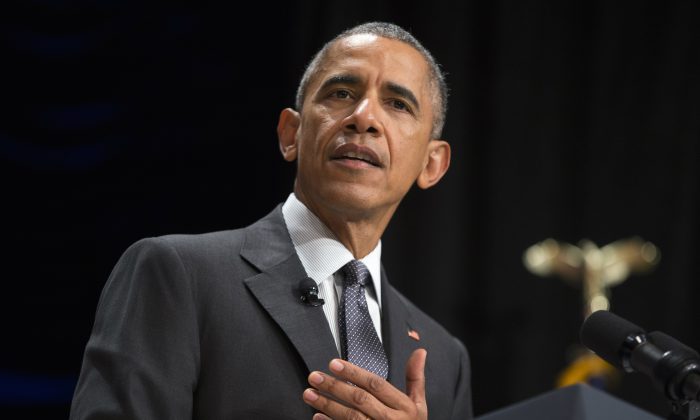 You can understand why President Obama and congressional leaders on both sides of the aisle sought to cast their end-of-October budget deal in the best possible light. They avoided a potentially catastrophic national default. They reduced the possibility of a government shutdown. And they raised the debt ceiling until March 2017, taking that bargaining chip off the table until the next president is in the White House.

For a last-minute, secret backroom deal, that’s not too shabby. It was bipartisan and took modest steps in the direction of political stability and fiscal responsibility. And it was vastly preferable to the alternative, which would likely have produced a government shutdown, the possibility of a default on the national debt, and certain fiscal chaos.

That’s the good news. The bad news is that for all their hard work, our political leaders indulged in two bad habits that they really need to kick, because they wreak havoc with effective and efficient government and cost taxpayers a pile of money.

First, while they gave themselves some breathing room before the next time the debt ceiling has to be raised, they will nonetheless have to raise the debt ceiling eventually. They should have abolished it, or at least suspended it.

The debt limit was instituted during World War I, when Congress handed over to the Treasury the ability to sell bonds to fund government needs without getting permission every time. In essence, the debt ceiling was a way to keep tabs on the Treasury, while still allowing the government to pay its bills for spending that had already been approved.

These days, the debt ceiling is a political pawn, used repeatedly as leverage by opposition parties to make demands of the president.

It has outlived that reasonable goal. These days, the debt ceiling is a political pawn, used repeatedly as leverage by opposition parties to make demands of the president. It has driven the persistent national game of “chicken” that has so tarnished Congress’s image in recent decades.

Most political leaders recognize that defaulting on the national debt—which is what failing to raise the debt ceiling would cause—is an inconceivable outcome for a responsible nation. By destroying our creditworthiness, it would devastate consumers, taxpayers, businesses, and retirees who invested in government bonds, the financial markets, and our ability to conduct normal relations with trading partners and foreign governments. Moreover, the legislative maneuvering surrounding each debt ceiling bill consumes huge amounts of legislative time that is better spent on other matters.

The need to raise the debt ceiling, in other words, no longer reins in spending. Instead, it manufactures crises and exacerbates tensions within Congress.

The need to raise the debt ceiling, in other words, no longer reins in spending. Instead, it manufactures crises and exacerbates tensions within Congress.

The second bad habit is equally pernicious: the budget deal did little to shift Congress from its reliance on continuing resolutions. The CR, as it’s known, was designed to keep government operating for a few days or weeks while congressional negotiators worked out the budget. In recent decades, though, it has become the way we fund the government. It’s hard to find a member of Congress who defends this process, but most of them end up voting for it.

What’s the Debt Ceiling and Why Is It an Obsolete Way to Control Spending?

CRs bypass the appropriations bills written by specialized committees and provide a favored few interests a bonanza. They also keep the federal government—and hence state and local agencies that rely on federal commitments—in “handcuffs,” as a recent article in Politico put it. “Under the continuing resolution,” the website noted after the most recent CR passed at the end of September, “multiyear projects … faced new delays. Hiring departments closed. Budget officials began to tally losses as their typically powerful purchasing power dwindled. For pretty much the rest of this year, and perhaps 2016, too, the U.S. government will effectively be in a state of suspended animation.”

The CR puts the government on automatic pilot, avoids hundreds of difficult funding and policy decisions, and has become a substitute for working hard to pass a budget by the regular process. It lacks transparency, sidesteps good budgeting, puts all the power in the hands of a few congressional leaders, and invites Congress to act in a crisis mode.

Do you want Congress to work better? If so, ask your favorite member to think big and not lock into a failing system. A good start would be to kick these two bad habits.