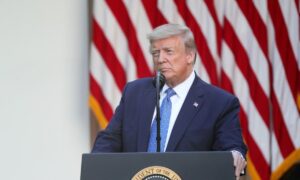 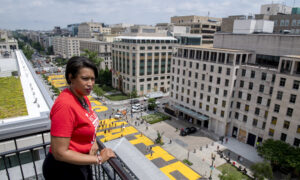 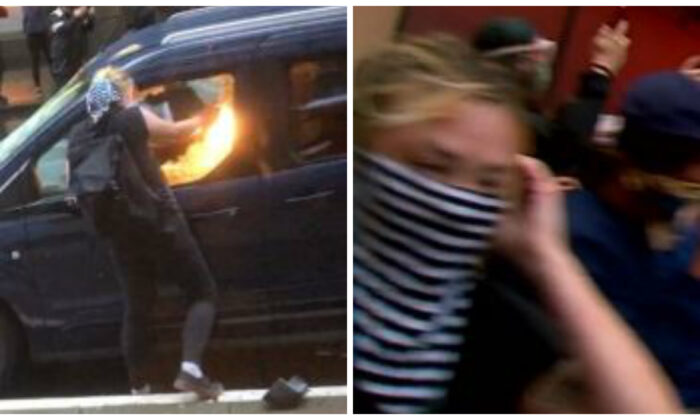 A woman identified by law enforcement as Margaret Aislinn Channon setting fire to a police vehicle in Seattle, Wash. on June 6, 2020. (SPD)
Crime and Incidents

A Washington woman, accused of burning five Seattle Police Department vehicles during protests over the death of George Floyd, was arrested on the morning of June 11.

“This defendant was captured by multiple cameras using an accelerant, lit like a blowtorch, to start fires in five vehicles—putting the public at risk and creating the very real possibility of a structure fire amidst the throng of people protesting downtown,” U.S. Attorney Brian Moran said in a statement.

According to the complaint, four of the five vehicles were completely destroyed and the fifth was heavily damaged.

The Seattle Police Department identified the 25-year-old by the “distinctive” tattoos visible on her hands and arms after reviewing various videos taken of the Saturday incident. The department used Channon’s social media accounts to help confirm her identity, and found that the tattoos linked her to a missing person report filed in Texas last year.

The complaint (pdf) shows an image of a woman raising her hands in front of police officers. Distinctive tattoos are visible on her fingers.

“I commend the painstaking work of law enforcement using a variety of images to identify the defendant and locate her so she can be held accountable,” Moran said.

Law enforcement confirmed the tattoos after executing a search warrant at her home in Tacoma, where they seized clothing and accessories that appear in some of the videos from the arsons.

“While we stand by every American’s Constitutional right to protest, when someone turns to violence, we will work tirelessly to investigate their crimes,” said Jonathan Blais, ATF Acting Special Agent in Charge. “We are working shoulder-to-shoulder with our local, state and federal partners to bring those responsible for actions such as this to justice.”

“The First Amendment guarantees Americans the right to express their opinions and peacefully protest,” said FBI Special Agent in Charge Raymond Duda of the Seattle Field Office. “What it does not provide is the right to invoke violence under the guise of free speech.”

If found guilty, Channon faces up to 10 years in prison.

Channon is scheduled to make a court appearance in at U.S. District Court in Seattle on Friday afternoon, the U.S. attorney’s office said.