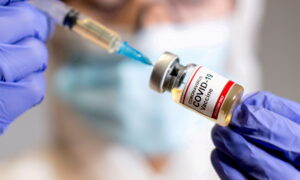 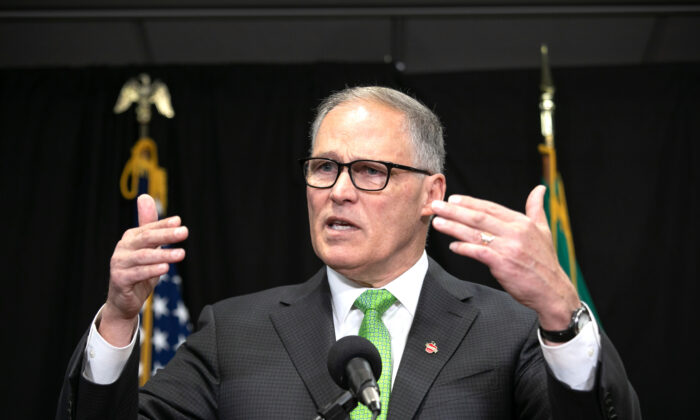 A group of nearly 90 Washington state troopers, firefighters, and other employees filed a lawsuit on Sept. 10 against Gov. Jay Inslee (D).

The plaintiffs claim that by issuing a vaccine mandate on Aug. 9, Insleey exceeded the authority of his office and violated the rights of state workers guaranteed by the state’s constitution.

“These requirements are legal, and we look forward to responding in court, where to date no challenge to the governor’s use of his emergency powers has been successful,” Inslee spokesman Mike Faulk wrote in an email to The Epoch Times. “His use of this authority is appropriate given the extraordinary circumstances of this pandemic. It is not unreasonable to ask public servants to protect the public from being infected with Covid.”

The plaintiffs plan to add 30,000 to 50,000 other plaintiffs to the lawsuit (pdf), according to the complaint filed in the Superior Court of Washington in Walla Walla county.

Some of the plaintiffs sought religious exemptions to the mandate and were required to submit a religious questionnaire.  The questionnaires inquired into protected private matters, including health decisions and religious convictions, according to the lawsuit.

The plaintiffs cite an email sent by Inslee’s General Counsel Kathryn Leathers that appears to show the governor’s office coordinating the mandate exemption language with the Attorney General’s Office.

“Exemptions: medical for sure; and religious (if we have to; if yes, as narrow as possible),” Leathers wrote on Aug. 3, according to the lawsuit.

The plaintiffs ask the court to invalidate the mandate or, if a full repeal is not possible, to reduce the penalties of the mandate, make religious exemptions accessible in line with state law, and exempt those who work remotely or who can produce a positive antibody test.

“Even if the Governor’s Mandate is in any respect viable, which it is not, a less punitive means of accomplishing its asserted purpose are available, particularly in regard to these Plaintiffs, who have contracted COVID-19 and can produce a positive antibody test result,” the lawsuit states.

The Washington lawsuit is one of many challenges to vaccine mandates at the local, state, and private levels.

President Joe Biden said his administration is working on developing a vaccine mandate for employees of private companies with more than 100 employees. Several Republican attorneys general were quick to threaten a lawsuit should the mandate be enacted.

Inslee’s vaccine mandate gave “most state executive branch employees and on-site contractors and volunteers, along with public and private health care and long-term care workers” until Oct. 4 to be vaccinated.

“Getting vaccinated against COVID is a public good. We have come so close to defeating this deadly disease,” Inslee said at the time. “We have the tool—the vaccine—to get this era behind us. It is safe, it is effective, and you will never regret getting it.”