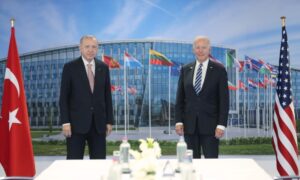 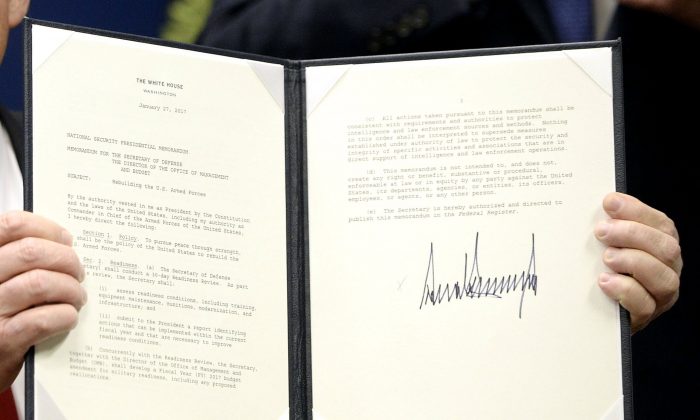 President Donald Trump signs executive orders in the Hall of Heroes at the Department of Defense in Arlington, Virginia on Jan. 27, 2017. Trump signed two orders calling for the 'great rebuilding' of the nation's military and the 'extreme vetting' of visa seekers from terror-plagued countries. (Olivier Douliery-Pool/Getty Images)
US

Attorney General Bob Ferguson announced his lawsuit Monday, becoming the first state attorney general to announce a legal action against the Trump administration over one of its policies.

Trump signed an executive order Friday that suspends all immigration for citizens of the seven countries for 90 days.

A Look at Trump’s Executive Order on Refugees, Immigration

Ferguson was one of 16 state attorneys general who released a statement Sunday calling Trump’s immigration action “un-American and unlawful.”

Trump has repeatedly said that the move is aimed at protecting the nation against extremists looking to attack Americans and American interests.