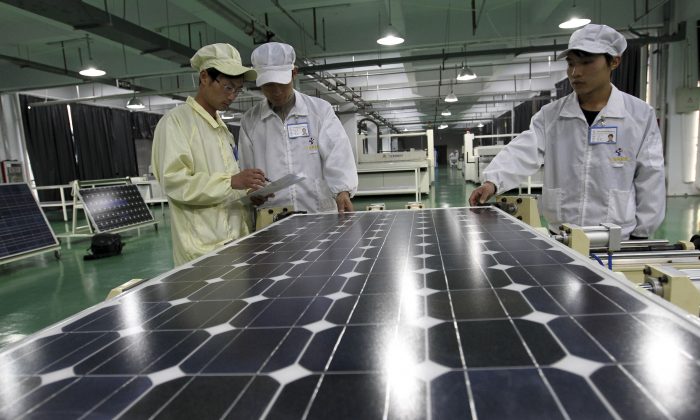 To the great consternation of foreign policy ideologues, the U.S.-led Western world is finally coalescing around the reality that cold national interest is the primary driver of a country’s foreign policy.

Like it or not, it is therefore also the effective motive force behind international relations in general.

This has almost always been the case. The recent decades-long spate of general international peace has been the anomaly, not the standard.

The military and economic preponderance of the United States following the collapse of the USSR in 1991 ensured over 20 years of global (European) peace, with U.S. military engagements only against ancillary nations. Even these—the story goes— were undertaken only with the noble intention of securing universal “human rights” and shepherding wayward countries into the ranks of responsible (for example, liberal democratic) state actors.

The lack of a peer competitor created the illusion that the nature of international relations had fundamentally changed and that this strategy was indefinitely sustainable. We were falsely lulled into believing that the “End of History” could indeed be a reality (many criticisms of Francis Fukuyama misrepresent him as announcing the unqualified end of history).

This isn’t just about Russia and its invasion of Ukraine, either. Russian President Vladimir Putin did have a hand in definitively tearing off the already fraying veneer of a “rules-based order” governed by “international law and norms”; however, the cogs were always turning under the superficial “rule of law” mantle, shallow enough to see for those who were insightful (or honest) enough to look.

Limited resources define available means, which are then strategically employed to secure narrowly defined goals. Power-projection, economic interest, and security considerations have always been the factors that dictate policy choices in an international system defined by the balance of power.

The ability of the United States to prioritize ideologically driven foreign policy agendas at the expense of the latter has been due only to our position of relative geopolitical preeminence and lack of peer competitors. The situation has changed.

A risk-taking Russia may have accelerated the reemergence of a multi-polar system, but a carefully-calculating China has ensured and cemented it. The United States has been forced to adapt.

On March 28, the U.S. Commerce Department announced that it will begin investigating claims of Chinese tariff avoidance. The regulations were initially put in place under the Obama administration in 2012 to account for Beijing’s unfair trading practices, such as “dumping.” This type of action creates market distortions, which can then be manipulated for China’s economic gain at the expense of U.S. manufacturing in particular, and global commerce in general.

The specific tariffs in question were focused on imports of Chinese solar panel components, such as cells and modules. It is believed that Beijing attempted to circumvent these retaliatory measures by offshoring production to third countries (four southeastern nations are currently in question). The product would then ostensibly be shipped to the United States from the latter locations, tariff-free.

This tariff regime was initially put in place based on the reality that China is undermining the U.S. industry and economically weakening the country. While left-leaning individuals like to emphasize the world’s impending doom due to climate catastrophe, today’s imminent geopolitical threat naturally takes precedence over tomorrow’s potential problem.

Despite any overriding goals related to limiting carbon emissions, this demonstrates that the national interest in a closed system of state actors competing for limited resources is once again taking preeminence. Washington could not opt-out of this reality, as the actions of others forced the issue.

Despite any flowery language to the contrary, future benchmark rates set by unelected bureaucrats in multilateral institutions will take a backseat to the realities of power politics. The enlightened elite will be forced to comfort one another as they fly on their private jets back to Washington, Davos, or Paris.

Unfortunately, for many of the left’s “climate champions” stamping their feet at this logical move to prioritize U.S. industry above the private interest-imbued green agenda, Russia’s actions in Ukraine have also reminded policymakers of the problem posed by a market that is captive to a hostile economic actor. The geopolitical turmoil resulting from Moscow’s decision to initiate a military operation has provided the starkest 21st-century example of material interests trumping ideological agendas.

Inflation and skyrocketing energy prices, exacerbated by the Western world’s hostile stance toward “dirtier” fuels, such as oil and gas, and sanctions on Russia have reminded the United States of the dangers of energy insecurity.

Climate millenarians in the Green Lobby have effectively come to exert great pressure on decision-making in Washington, and the Democratic Party has largely become beholden to these interests. The broadly defined “environment” and radical policy proposals that smell more of a social overhaul than workable—albeit admittedly incremental—solutions are exposed as unsustainable in a geopolitical crisis such as the current one. Washington has been forced to take note of this reality.

There are multiple factors influencing this pivot: witnessing the total energy dependence of our European allies, their oscillating security situation, and subsequent impotence in the face of Russia’s geopolitical agenda; the reality, previously alluded to, that China continues to gain advantage from the Ukraine crisis and increase its relative geopolitical strength; and, of course, approaching midterm elections in the United States amid a stream of Democratic policy failures.

Just like the geopolitical imperative for the United States to prioritize effective economic competition with communist China, which regularly engages in predatory economic behavior, Russia has demonstrated that pressing and tangible threats to the nation’s energy insecurity must be confronted.

To those that would continue to hold that cheap imports of Chinese solar panel components are more critical than protecting U.S. industry because of the risks of climate change, consider the following:

In the face of Western pressure, Moscow has still managed to challenge the established order’s ability to respond in a concerted and effective manner. The monetary policy aimed at stabilizing the country’s currency has coincided with a demand by Putin for Russian oil transactions to European countries to be denoted in rubles. Even if the latter scheme doesn’t pan out, Russia has still demonstrated the ability of a single country acting in its own perceived national interest to seriously upend the established order.

Due to their total dependence on Russian energy, many European countries refuse to place sanctions on Moscow’s oil and gas industry. Japan, one of the United States’ most reliable allies for the past 70 years, has also refused to sanction the latter industries.

Now consider that the Russian economy is dwarfed compared to China’s. Beijing’s business relations stretch across the entire world and are deeply entrenched in the United States and European countries. As a feature of national strategy, the economic leverage that China can exert on the international community is worrying.

When one looks at the economic mayhem caused by Russia’s upheaval of the system, it is difficult to extrapolate what kind of accentuated effect China could have in a similar case of Beijing-induced geopolitical turmoil.

It is very possible to continue to support renewable energy technology and support a controlled if gradual transition away from higher-carbon emitting fuels. However, the reemergence of international actors willing to challenge the previously solidified U.S. hegemony makes the future reality inescapable.

Washington must once again enact policy solutions that acknowledge limited resources, clearly identify specific goals, and prioritize the country’s national interests—always with the well-being and prospering of its citizens in mind.