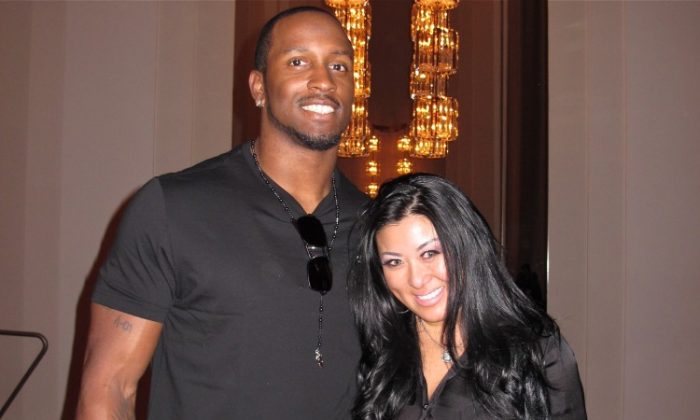 WASHINGTON—Shen Yun Performing Arts took the stage at The Kennedy Center Opera House on Friday evening, March 23, treating area residents to a bountiful display of Chinese culture, one of the most ancient in the world.

“I like it,” said Fred Davis, starting tight end for the Washington Redskins. “It’s very nice, very cultural. My girlfriend is Chinese so I could relate to it.”

Mr. Davis recently signed a one-year contract with the Redskins after being assigned the franchise tag, which is typically reserved for some of the NFL’s top players.

New York-based Shen Yun travels around the world reviving the 5,000-year-old, divinely-inspired Chinese culture, one that “has been all but completely demolished” by communist rule in China, according to Shen Yun’s website. “However, the deeper spiritual core of the ancient culture, with its values of benevolence, honor, propriety, wisdom, and sincerity, as well as a reverence for the gods and the heavens, cannot be destroyed.”

“In a collection of short pieces, audiences travel from the Himalayas to tropical lake-filled regions; from the legends of the culture’s creation over 5,000 years ago through to the story of Falun Dafa in China today; from the highest heavens down to the dusty plateaus of the Middle Kingdom,” it says.

Legends told through these short pieces are, apart from the dance techniques, are what Mr. Davis enjoyed the most. One such legend is named How the Monkey King Came To Be, about the central character in China’s classic novel Journey to the West.

“You could tell that there are stories that you had to figure out,” mused Mr. Davis, “and you could learn something from them.”

‘A feast for the eyes’

Also in the audience was Johnny Yataco, president of the Washington Hispanic, which, with a weekly circulation of 35,000, is the only independent Spanish-language newspaper serving D.C. and the surrounding areas.

“I love it,” said Mr. Yataco. “It’s beautiful. I love the dancers, the tenors, everything.”

Mr. Yataco saw a commercial for Shen Yun, but “it’s another thing to see it live,” he said. “It’s a feast for the eyes.”