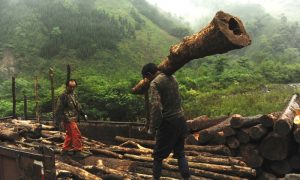 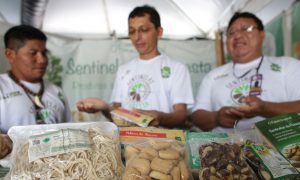 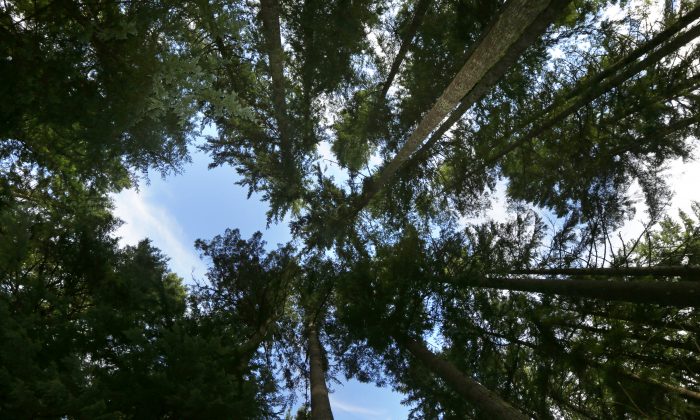 SEATTLE—Half a small forest still standing near Mount Rainier faced clear-cutting before an effort in Washington state saved the decades-old trees and allowed Microsoft to help finance the project to offset its carbon footprint.

The effort by two environmental groups keeps 520 acres of Douglas fir and western hemlocks intact so the trees can store carbon dioxide for an additional 100 years.

These types of projects, which can range from wind farms to projects that capture methane from landfills, allow companies and individuals to buy credits to offset the amount of greenhouse gas they send into the atmosphere.

“We think forests play a huge role in combating climate change,” said Paula Swedeen, forest policy specialist for the Washington Environmental Council, which partnered with the Nisqually Land Trust on the project.

For every metric ton of carbon dioxide that the forest stores, for example, project developers can sell a certificate for the same amount to willing buyers to help finance the conservation and restoration of the forest.

Redmond-based Microsoft Corp. agreed to buy the vast majority of the first round of credits. It has agreed to buy roughly 35,000 credits as part of its own initiative to be carbon-neutral in its data centers, offices, software development labs, and employee air travel.

“We were excited to be able to do something in our home state,” said Rob Bernard, chief environmental strategist at Microsoft, which employs more than 42,000 workers in Washington.

The credits from the Nisqually Carbon Project represent a drop in the bucket for the software company, which has offset more than 1.5 million metric tons of carbon dioxide equivalent from projects around the world since 2012. Bernard said Microsoft wanted to make a significant impact on a local project.

But some critics worry whether offset projects deliver the benefits they claim. The project’s developers said they chose to verify it to California’s rigorous carbon offset standards, which require long-term monitoring and reporting, so there would be very few questions about its validity.

“To have a project that’s at home that you can see and walk around is a real breakthrough,” said Joe Kane, executive director of the Olympia-based Nisqually Land Trust, which will use proceeds from the sale of the credits to finance long-term stewardship of the land.

Neither Microsoft nor the trust would disclose what the software company agreed to pay.

Credits are issued based on the number of metric tons of carbon stored in trees that is above what would be stored if the commercial timberland had been logged as usual.

“It was definitely worth our while to do it,” Kane said, who added that it was risky because the land is expensive to buy and it took two years to get the project verified through a third party.

The trust, which owns the land, will use the money from the sale of credits to manage the forest for ecological restoration. Younger trees that were previously harvested will be allowed to grow, along with older trees that are between 50 and 100 years.

Officials say the project also protects the landscape. The site is above the town of Ashford and can be seen from the road on the main route into Mount Rainier National Park.