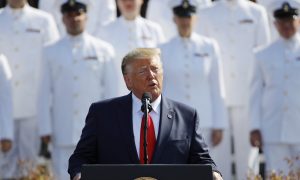 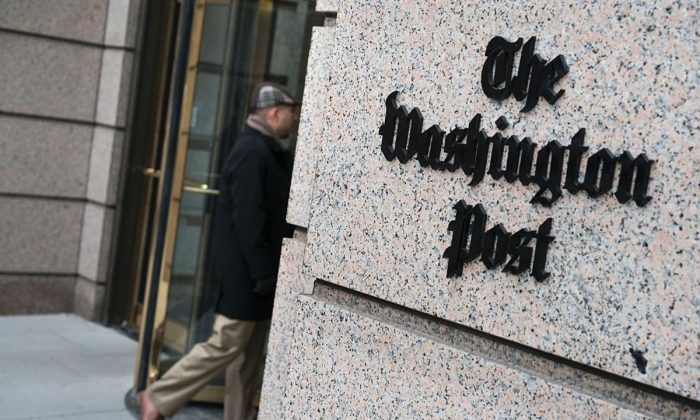 The Washington Post has issued a clarification and updated the headline to an article that took a claim by a Democratic governor and state representative and ran with it with little evidence supporting the claim.

The story claimed that North Carolina Republicans “took advantage of” the absence of Democrats in the state, who were at a Sept. 11, 2001, remembrance ceremony, to override the governor’s budget veto on Wednesday.

Gov. Roy Cooper said in a press conference that the GOP called for a “surprise vote” while “many House members were at a 9/11 ceremony,” Post reporter Lateshia Beachum said.

House Minority Leader Darren Jackson, a Democrat, said on the floor that state Rep. David Lewis, a Republican, told him there wouldn’t be any votes at 8:30 a.m. He said his staff were told they would be informed whether or not there would be a vote and since they weren’t told there would be a vote, they didn’t send an alert out. He said he doesn’t think Lewis lied to him.

But Republicans presented evidence rebutting the claims, including audio from a floor session on Tuesday that showed Lewis told people that recorded votes would happen on Sept. 11, and Jackson was unable to produce evidence backing up his claim.

Lewis said at a press conference later that he texted a WRAL reporter late Tuesday, telling her he thought there wouldn’t be any votes during the session on Wednesday, but he said it was a prediction he didn’t share with anyone else.

“While presiding over the House yesterday, which I consider one of the highest honors the Speaker could ask of me, I made a public announcement that there would be recorded votes today,” Lewis said at the press conference. “In fact, I announced twice there would be recorded votes today. I asked twice if there was objection to placing two budget bills on the calendar to vote on today. There was no objection.”

“When there are no recorded votes planned for a House session, the Speaker or Chair will explicitly announce that. The Speaker’s office also sends emails to the body to advise the members of plans not to take any recorded votes. Neither of those happened,” he added.

Lewis said Jackson heard something that Lewis did not say. Republicans had the necessary votes to override the budget on Tuesday but the speaker had announced there wouldn’t be votes at that session, he said.

So much misinformation going around the #ncga today:
-Only one Democratic House member has been confirmed as attending a 9/11 event during the override vote
-Text message exchange included in a WRAL story (but reposted elsewhere without link) is between a reporter and Rep. Lewis

From the @newsobserver‘s story: Rep. Garland Pierce, a Democrat from Scotland County, attended a 9/11 memorial event in Raeford instead.

Besides Gov. Cooper, he has been the only Dem we’ve been able to confirm was at a memorial. #ncga #ncpol https://t.co/QurCv5Z9OF https://t.co/RuXNL5te02

And Colin Campbell, a reporter with the News & Observer, noted that only one Democratic House member had been confirmed as attending a 9/11 event during the override vote, putting the thrust of the Post’s article in question.

Directly responding to a tweet from the Post sharing its article, another local reporter said: “Rep. Garland Pierce, a Democrat from Scotland County, attended a 9/11 memorial event in Raeford instead. Besides Gov. Cooper, he has been the only Dem we’ve been able to confirm was at a memorial.”

Still, the Post’s story presented mostly Democratic viewpoints and only spent two paragraphs on the evidence the GOP presented. Lewis’s press conference quotes were not included.

The Post later updated the article with a correction, stating: “Clarification: An earlier version of this article overly generalized the reason for Democrats’ absence from the General Assembly session. This version has been updated.”

Clarification: An earlier version of this article overly generalized the reason for Democrats’ absence from the General Assembly session. The story has been updated. https://t.co/AsiP6VuaNd

The headline was also updated.

The original headline took the Democrats’ claim as fact, saying, “North Carolina Republicans overrode budget veto while Democrats were at a 9/11 ceremony.”