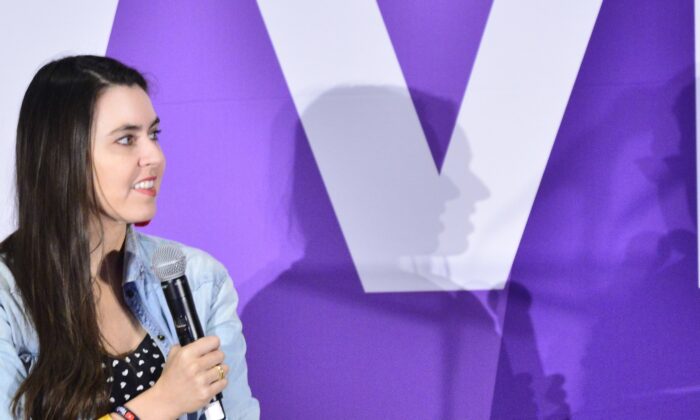 Washington Post Admits Claims in Article About YouTubers Were Inaccurate

The Washington Post has admitted that it did not reach out to the subject of an article before publication, despite initially claiming that it did.

Columnist Taylor Lorenz wrote that she asked a YouTube personality with the moniker ThatUmbrellaGuy for comment before the publication of her piece, which claimed that the person and similar accounts had hauled in large amounts of money by taking advantage of the lack of coverage in many outlets of the trial involving Johnny Depp and Amber Heard.

But Lorenz’s statement was false, the Post acknowledged in an editor’s note.

Further, the Post admitted it stealthily edited the story to remove the false claim without initially noting to readers what had happened.

“The first published version of this story stated incorrectly that Internet influencers Alyte Mazeika and ThatUmbrellaGuy had been contacted for comment before publication. In fact, only Mazeika was asked, via Instagram,” the paper said in an editor’s note appended to the article.

“After the story was published, The Post continued to seek comment from Mazeika via social media and queried ThatUmbrellaGuy for the first time. During that process, The Post removed the incorrect statement from the story but did not note its removal, a violation of our corrections policy. The story has been updated to note that Mazeika declined to comment for this story and ThatUmbrellaGuy could not be reached for comment,” it added.

The note also said that a previous version of the story “inaccurately attributed a quote to Adam Waldman, a lawyer for Johnny Depp,” and that the quote had been removed.

ThatUmbrellaGuy said in a statement that besides lying about contacting him or her, Lorenz mischaracterized the account’s coverage of the trial. Lorenz had written that YouTubers “pivoted” to covering the trial after seeing an opportunity to make money.

“Taylor Lorenz wrote an obvious smear piece conflating Depp support with financial gain. She flagrantly ignored the fact I’ve covered this case for year while mischaractering [sic] what Adam Waldman said during the Depp trial. She got the factual items about their relationship wrong as well. Crazier, she lied about contacting me in The Washington Post and tried covering this up AFTER I called it out publicly,” the YouTuber said.

Lorenz sent an email over an hour after ThatUmbrellaGuy posted online that she had not reached out for comment.

Journalists typically are required by employers to ask subjects of articles for comment, particularly subjects that are being reported on in a negative way.

The Post article portrayed YouTubers as amateurs, quoting an NBC reporter who said that they “aren’t beholden to any editorial standards or journalistic norms.”

Mazeika said that Lorenz did not reach out to her on Instagram before the publication of the article, making the editor’s note untrue.

“Please stop lying and take the [loss],” she wrote on Twitter.

Lorenz has not alerted her 323,000-plus Twitter followers about the corrections. Journalism experts say any corrections should be noted by reporters on social media if they have shared the article in question, which Lorenz did. Instead, Lorenz shared a number of posts from reporters and others, including the Society of Professional Journalists, who had posted the article.

“I hope my piece illuminated why people are turning to content creators for news and why people trust influencers over traditional media,” she also wrote.

The columnist, who previously wrote for the New York Times, has had to walk back a number of claims in recent months.

After alleging Marc Andreessen, a businessman, used “the r-slur,” or the word retarded, during an online chat, Lorenz acknowledged he did not. She also said that a claim that a Drudge Report worker was stalking her was a “joke” after Matt Drudge said the claim was not true.

Lorenz also penned the recent piece that revealed the Biden administration’s Disinformation Governance Board was being paused, and the head of the effort, Nina Jankowicz, was resigning. The article claimed that there were “coordinated online attacks” against Jankowicz, but didn’t provide evidence of the claim. Her article on the woman who allegedly runs the Libs of TikTok account, which highlights teachers and others with radical views, meanwhile, was updated after originally including a link to an address that the woman’s defenders said was a personal address. The Post said it was not.

Correction: A previous version of this article wrongly described the word referred to as “the r-slur.” It is retarded. The Epoch Times regrets the error.