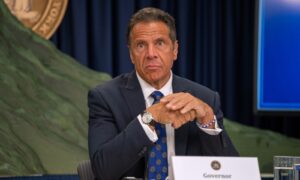 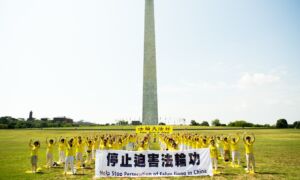 Calling For an End to Persecution at the Washington Monument
0 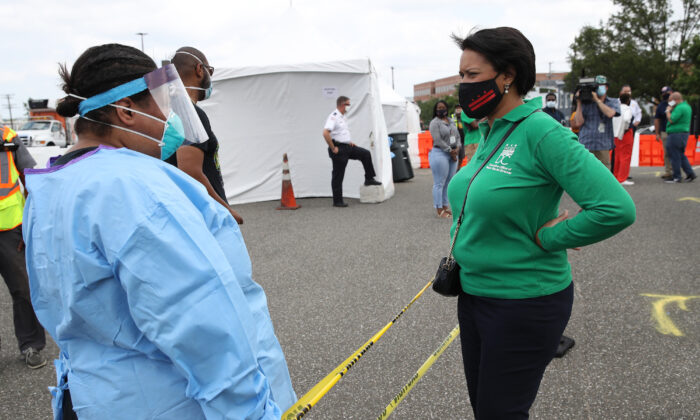 Washington Mayor Muriel Bowser greets nurses before being tested for COVID-19 at a testing site in Washington, on June 10, 2020. (Win McNamee/Getty Images)
AMERICA

District of Columbia Mayor Orders Quarantine for Travelers From 27 States

District of Columbia Mayor Muriel Bowser has ordered travelers from 27 states to self-quarantine due to a spike in new COVID-19 infections across the country.

Effective July 27, the requirement is that anyone who was traveling for nonessential activities who comes into Washington from one of more than two dozen states designated as “high-risk” must subject themselves to a 14-day period of isolation counting from their arrival in the district, Bowser said in a statement.

The mayor issued a list on July 27 indicating which states are considered high-risk for purposes of the new self-quarantine mandate:

On July 24, Bowser’s office stipulated in a release on what basis states would be put on or taken off the list. “High-risk areas” are locations where the seven-day moving average of daily new COVID-19 cases is 10 or more per 100,000 people, according to the release.

“We know, unfortunately, that there are states that are seeing significant spikes and new cases. We know that there are places where people are not being as cautious or making the sacrifices that we’re making here in D.C.,” Bowser said at a news conference announcing the new mandate.

Exemptions from the new quarantine requirement are people who travel to and from Maryland and Virginia. Also, those who are traveling through a “high-risk area,” such as by vehicle or through an airport, similarly don’t have to self-isolate. The full order that introduces the new self-quarantine rule can be found here.

The number of new daily recorded COVID-19 cases has accelerated in the United States since the end of June, Worldometers data shows, although the count of new daily deaths attributed to the disease has dropped since its April peak of around 2,500 per day to around 1,000 per day, on average, in recent weeks.

As the world confronts the prospect of a second wave of COVID-19 infections, some countries have imposed travel curbs. A surge of infections in Spain prompted Britain to order all travelers from there to quarantine for two weeks, while Papua New Guinea halted entry to travelers starting July 27, except those arriving by air.