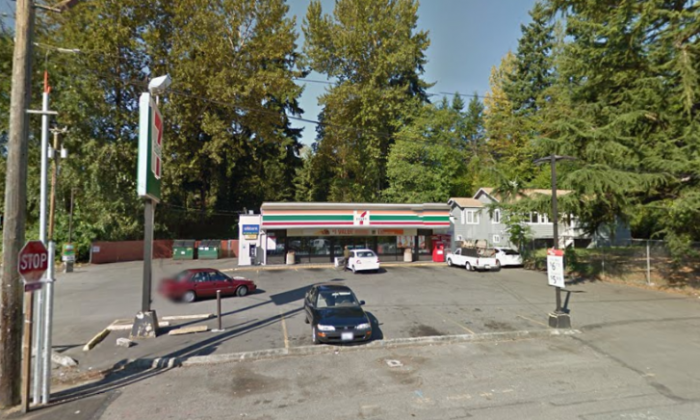 A file photo shows the 7-Eleven. (Google Maps)
US

A customer with a gun carried under a concealed carry permit shot and killed a masked man attacking people with a hatchet at a Washington state convenience store on Sunday.

Sheriff’s deputies were called to the 7-Eleven on 8th Avenue South in White Center around 5:45 a.m. after the situation had played out.

The clerk manning the store said the masked attacker entered and started swinging a hatchet towards a customer before turning his sights on the clerk.

We believe had this Good Samaritan not acted, we might have a dead clerk on our hands right now.
— Sergeant Cindi West, King County Sheriff

The clerk and other witnesses said the masked man stayed silent throughout.

The clerk was slashed at least once on his stomach but before the masked man could do more damage, a customer who was carrying a concealed gun stepped in and shot the suspect, reported Q13 Fox.

“We believe had this Good Samaritan not acted, we might have a dead clerk on our hands right now,” King County Sheriff Sergeant Cindi West told KOMO News.

“We don’t know if the intent was to commit a robbery because the suspect didn’t say anything.”

“The customer’s a nice guy,” said another worker at the store. “He’s been coming here for about 12 years. He buys scratch tickets, in the morning time. He buys coffee. He’s a good guy.”