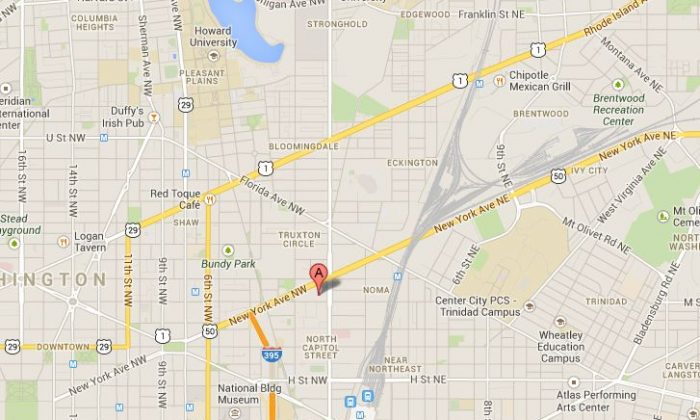 A Google Maps screenshot shows the area around 1200 North Capitol St NW in Washington, D.C.
US

A reported pipe bomb at Tyler House Homes in Washington, D.C. on Friday prompted the closure of N. Capitol St. NW between P and M Streets, in addition to other roads. But the DC Police Department said around 3:20 p.m. that the investigation is over and all streets have re-opened, with he exception of service road 1200 block of N Capitol south.

“Traffic is a mess on all streets surrounding North Capitol and New York NW where possible pipe bomb found,” said Paul Wagner of Fox News via Twitter. “Bumper to bumper.”

Story developing; check back for updares