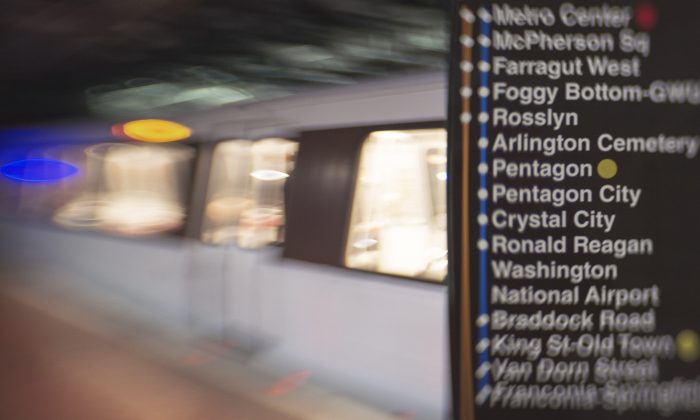 This March 28, 2013 photo illustration shot with a perspective control lens shows a route guide inside the Washington, DC METRO system at the Metro Center station. (PAUL J. RICHARDS/AFP/Getty Images)
US

ARLINGTON, Va.  — Metro says a train has derailed in northern Virginia and fire officials say one of about 75 passengers on the train was taken to a hospital with minor injuries.

Metro spokesman Richard Jordan says two cars derailed at the East Falls Church Metro station platform Friday morning, but the train is upright. There’s no service between McLean and Ballston, which is causing orange and silver line delays that will likely continue through the morning.

Jordan says the derailment happened by a switch where trains begin using one track in an area where Metro’s performing work as part of a major maintenance effort.

He says the cause is under investigation.