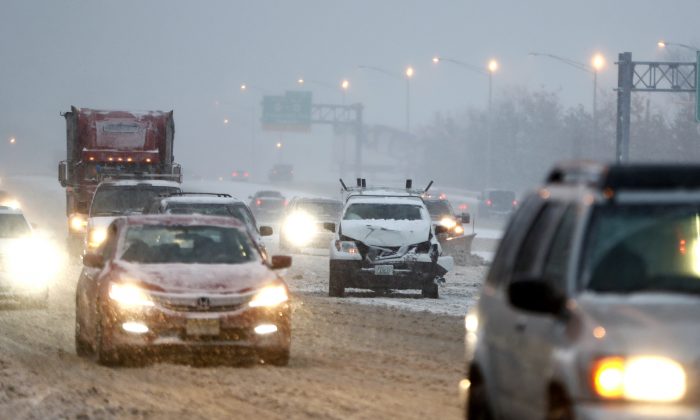 A vehicle involved in a crash sits on the fast lane of Highway Interstate 80 after an accident during a snowfall, Saturday, Dec. 17, 2016, in Lodi, N.J. (AP Photo/Julio Cortez)
Crime and Incidents

Two airports serving the nation’s capital are experiencing delays or cancellations Saturday after a blast of cold air combined with precipitation to cause icy conditions across the region.

Washington Dulles International airport reopened two runways after having to close all runways for more than three hours due to icy weather.

Wintry weather forced the airport to halt all flights early Saturday. The airport says two runways reopened for flights as of 10 a.m., but that travels should expect residual cancelations and delays.

A spokesman for the Metropolitan Washington Airports Authority says Reagan Washington National Airport is operating normally, but some flights may be delayed or cancelled due to bad weather along the East coast.

A spokesman for Baltimore/Washington International Thurgood Marshall Airport says the weather is causing some delays and cancelations but no runways have been closed.