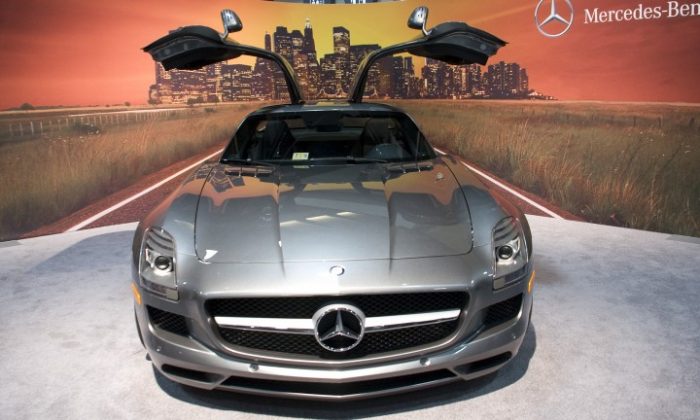 WASHINGTON—The 70th Washington Auto Show opened for the week in D.C. Jan. 27 and there was a distinct buzz in the air.

John O’Donnell, executive vice president of the Washington Area New Auto Dealers Association who are organizers of the show, said compared to two years ago, the 2012 show is “pure optimism”.

In 2009, the Big Three U.S car manufactures, General Motors (GM), Ford, and Chrysler were on the brink of collapse.

General Motors, however, reclaimed the title of the world’s top car manufacturer last year and with more than 700 vehicles from over 42 domestic and import manufacturers on display, the auto industry appears to be back on its feet again.

Speaking at the Auto Show opening, David Sandalow, assistant secretary for Policy and International Affairs at the U.S. Department of Energy (DOE), said the U.S. auto industry is infected with a “palpable sense of excitement, optimism, and opportunity.”

By 2050 the number of cars on the road is expected to double globally to 2 billion cars, he told reporters, and more immediately, the industry will add an estimated 100,000 more jobs over the next few years.

The buzz at the D.C. show is not just about surviving, however, it is about new possibilities, summed up by the this year’s theme ‘Safety and Sustainability in Motion’ and the special exhibit, “The Advanced Technology SuperHighway”.

With the price of fuel likely to rise and the United States determined to have energy independence, the race is now on for fuel-efficient cars, Sandalow said. “It is a make or break moment,” he said. “We either innovate or be overtaken.”

The United States is looking to position itself as the world’s pre-eminent automaker and has already proposed “landmark fuel economy standards,” Sandalow said.

Last year, the U.S. government, in conjunction with 13 automakers, agreed to boost the fuel economy of cars and light-duty trucks sold in the United States to 54.5 miles per gallon by 2025.

While many automakers on the market already produce hybrids and electric cars with miles per gallon ratios above the new standard, the trick is to get that happening with the same performance criteria as a combustion engine car.

And so it is in the area of advanced technologies that the U.S. government is focused, said Sandalow.

The DOE is presently working with U.S. manufacturers, universities, and national laboratories across a portfolio of vehicle technologies including: low temp combustion—estimated to halve fuel consumption by 50 percent in light-duty vehicles; weight reduction—a 10 percent reduction in the engine weight alone can improve fuel economy by 6 to 8 percent; and batteries that will “last longer, go further, and cost less” for electric vehicles, Sandalow said.