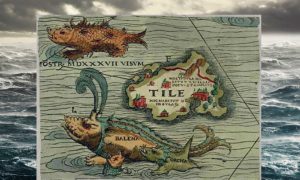 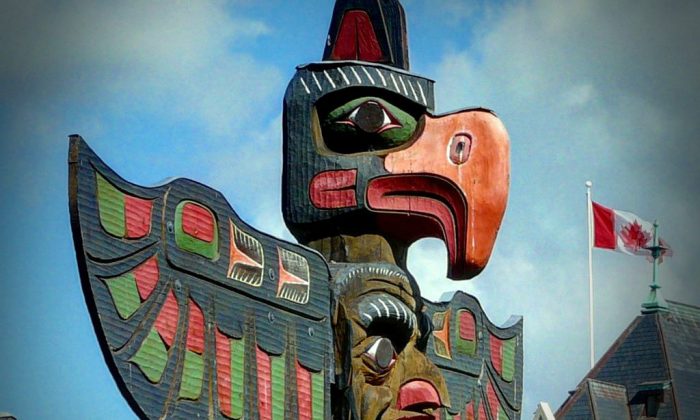 Was the Mythical Thunderbird a Real Creature?

Perhaps the most elusive and legendary among America’s mythical creatures is the thunderbird, a giant eagle-like bird with incredible strength. This creature has been reported throughout the Midwest and a particular case in Illinois included a dangerously close encounter.

The legend of the Thunderbird is present throughout the American Midwest and has many incarnations among the Native American tribes that once lived and continue to live throughout this land.

The Sioux Nation, particularly, the Brule Sioux tribe of southwest South Dakota on the Rosebud Reservation, has a thunder bird legend known as “Wakinyan Tanka,” or the “Great Thunderbird,” according to the Committee for Skeptical Inquiry (CSI).

To this tribe, the Thunderbird isn’t a mythical giant bird, but a group of non-physical beings that lived in the Black Hills. Clothed in clouds, the Thunderbird men are formless and their colors correspond to the four cardinal points; the Thunderbird of the west is black, the one of the east is yellow, red for the north, and white for the south. They are giants with four-jointed wings. In place of feet are enormous claws with a huge beak in place of a face with sharp, pointed teeth.

Unlike other accounts of giant birds, they represent a demeanor of goodness and are seen as guides and agents of change. They love what is pure and clean in the world.

“From time to time a holy man catches a glimpse of a Wakinyan in his dreams, but always only a part of it. No one ever sees the Thunderbird whole, not even in a vision, so the way we think a Thunderbird looks is pieced together from many dreams and visions,” said Brule Medicine Man John “Fire” Lame Deer in 1969, according to CSI.

The Yaqui tribe tells a different story in the tale of the “Otam Kawi.” In their tales, a giant bird lived in the hills of Otam Kawi and would periodically fly out in search of food, carrying away men, women, and children. This came to be such a problem, that the Yaqui people feared even having fiestas and ceremonial dances for fear that the bird would swoop down and carry one of them off.

A modern tale that seems to support the Yaqui legends comes from a small town in Illinois called Lawndale. It was recounted in a 1977 Discovery Channel special, “Into the Unknown.” On July 25, 1977, at about 8:30 p.m. three boys were playing hide-and-seek in a backyard when two giant birds reportedly swooped down towards them, narrowly missing one of the boys, Travis Goodwin.

When the birds came around for another attempt, one of the giant birds caught Marlon Lowe, whose parents owned the residence. The bird grasped Lowe with its talons and carried the boy three feet off the ground, about 35 feet through the air, while he fought and screamed.

The bird grasped Lowe with its talons and carried the boy three feet off the ground, about 35 feet through the air, while he fought and screamed.

Witnesses to the encounter were Ruth and Jake Lowe, who responded to their son’s cries in time to witness the flight. Also witnessing were visiting friends Betty and Jim Daniels, who were busy cleaning out a camper in the Lowe’s driveway and who also responded to the cries for help. The third boy, Michael Thompson, also witnessed the encounter and dodged the birds during their initial swoop.

The incident was reported to the local police as well as the Illinois Department of Conservation in nearby Springfield, according to the book “Monsters of Illinois: Mysterious Creatures in the Prairie State.” The authorities in the late ’70s didn’t take Mrs. Lowe’s report seriously.

However, as it turns out, Illinois in particular has a rich history when it comes to giant birds-of-prey. When explorers Jacque Marquette and Louis Joliet traveled through the area in 1673 they recorded in their diaries an image carved nearly 50 feet high into a limestone bluff near where the Illinois and Mississippi Rivers meet. That bird would become known as the “Piasa Bird.”

The “Piasa Bird,” according to an Illini tribe legend recorded on the Illinois Department of Natural Resources website, was a scaled bird with a form that included aspects of mammals, birds, reptiles, and fish. Legend tells that the bird constantly threatened the Illini tribe until its chief, Ouatoga, destroyed the beast with poison arrows. This was “many moons” before white men explored this area.

Residents in the villages of Togiak and Manokotak spotted a bird the size of a small airplane, like something out of the movie “Jurassic Park.”

A huge bird was also spotted in Alaska in 2002. Reuters reported at the time that several residents in the villages of Togiak and Manokotak spotted a bird the size of a small airplane, like something out of the movie “Jurassic Park.” The wingspan was estimated at some 14 feet, though some scientists questioned that estimate. Raptor specialist Phil Schemf told Reuters, “I’m certainly not aware of anything with a 14-foot wingspan that’s been alive for the last 100,000 years.”