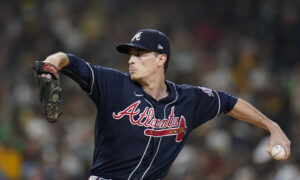 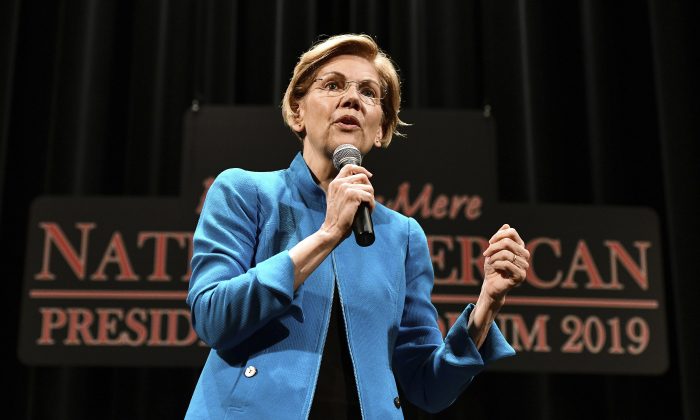 Meanwhile, a Quinnipiac University national poll released Sept. 25 shows Warren with a two percent lead over Biden. Warren received 27 percent of the vote, with Biden at 25 percent, according to the poll, which surveyed 561 Democrat voters and independent voters who lean towards the Democratic Party from Sept. 19-23.

This poll marks the first time any contender in the Democrat presidential primary race has surpassed Biden nationwide since March 2019, when Quinnipiac began asking questions about which candidate Democrat supporters would vote for in the 2020 primaries.

The poll pegs Sanders at 16 percent, Buttigieg at seven percent and Harris at three percent.

“After trailing Biden by double digits since March in the race for the Democratic nomination, Warren catches Biden,” Quinnipiac University Polling Analyst Tim Malloy said in a statement. “We now have a race with two candidates at the top of the field, and they’re leaving the rest of the pack behind.”

In August, the Quinnipiac poll showed Biden at 32 percent, Warren at 19 percent, Sanders at 15 percent, Harris at seven percent, and Buttigieg at five percent.

Many have speculated whether Warren’s ascendancy to Democratic frontrunner is purely based on merit or can be at least partially attributed to Biden’s dismal performance.

Biden’s campaign has been losing steam with a series of recent televised gaffes, including comments such as “we choose truths over facts” and “poor kids are just as bright and just as talented as white kids.” He also incorrectly suggested that he was vice president during the Parkland Shooting in 2018 and grabbed the arm of a young woman who asked for clarification after Biden declared there are at least three genders.

Two months after his father launched his campaign, Hunter Biden’s struggles as a recovering cocaine addict and alcoholic were revealed in The New Yorker.

None of Biden’s recent campaign blunders are as troubling as the accusations of a shady business deal in which the Chinese government allegedly donated $1.5 billion to Bohai Harvest RST (BHR), a private equity firm with Hunter Biden on the board.

Schweizer said on Mark Levin’s TV show, Life, Liberty & Levin on Sunday that Hunter Biden was paid $83,000 a month to sit on Burisma’s board of directors as an adviser and consultant, even though he had no background in energy. This deal is at the center of the whistleblower complaint that led to renewed calls for Trump’s impeachment by House Democrats.

Meanwhile, Warren has attempted to bury her own political faux pas over her nebulous claims of Native American ancestry, which earned her the infamous nickname “Pocahontas” by then-candidate Donald Trump. Warren was accused of falsely claiming she was Native American to help land a prestigious job as a university professor.

Perhaps motivated by President Donald Trump’s merciless mocking, Warren doubled down on her claim by taking a DNA analysis, which only added to the embarrassment. In October 2018, she released the DNA report that was said to have found that a pure Native American ancestor appeared in her family tree “six to 10 generations ago.”

In February 2019, Warren’s 1986 registration for the State Bar of Texas surfaced, revealing that she had identified her race as “American Indian,” and she later apologized for her claims to tribal heritage.

The fourth Democratic debate will be held Oct. 15 at the Otterbein University campus in Westerville, Ohio. It will be will be co-hosted by CNN and the New York Times.