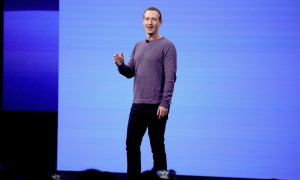 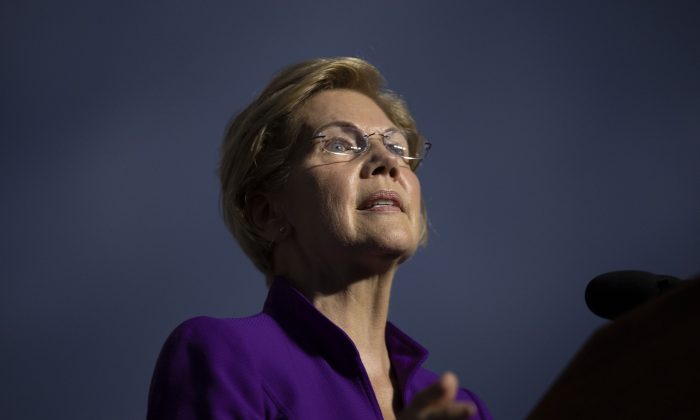 Sen. Elizabeth Warren (D-Mass.), a top Democratic presidential contender, released a plan on Oct. 7 that she says would help “restore trust” in the judicial system in the United States.

Warren, who has become known for her plans on everything from childcare to social security, cited the case of Ninth Circuit Judge Alex Kozinski, who was accused of sexual misconduct in Dec. 2017. Female clerks said he inappropriately touched them and showed them pornography in his chambers.

Kozinsky eventually retired as an investigation started, triggering the end of the probe.

“Kozinski continues to collect his taxpayer-funded pension for life. The Kozinski case is just one example of the broader problem of accountability in the federal judiciary,” Warren wrote in the plan.

She said that not enough judges recuse themselves from hearing decisions in which they have conflicts of interest, citing alleged examples of several Supreme Court justices appointed by Republican presidents, including Justices Clarence Thomas and Antonin Scalia. She also said Eleventh Circuit Court of Appeals Judge James Hill ruled in a number of cases involving companies in which he owned stock and ruled in favor of the company each time.

“It’s time to ensure that judges do not hear cases where they have conflicts of interests, strengthen our nation’s ethics rules for judges, and ensure accountability for judges who violate these rules,” Warren said.

The plan would prohibit judges from making the decision themselves regarding recusal.

Our legal system loses its legitimacy when the American people don’t believe that judges will be ethical and fair-minded. I have a plan to strengthen the integrity and impartiality of the federal judiciary. https://t.co/4Zj1qhN7eY

“My plan will instead empower the Chief Judges within regional circuits to establish a binding recusal process. It will also require courts to publish its reasons any time judges are disqualified from a case without a recusal motion, including when judges voluntarily recuse or when an automated conflict-checking software disqualifies them,” she said.

Judges would be banned from owning or trading individual stocks, Warren said, to eliminate even the appearance of impropriety.

The other recusal aspect would be requiring justices on the nation’s highest court to explain in writing why they recused themselves. Currently, Supreme Court justices do not have to explain why they are recused.

She also said that she’d extend the Code of Conduct that generally applies to federal judges to the Supreme Court justices and work to “strengthen” the code.

The other part of the plan would be to enforce judicial misconduct, including continuing investigations into misconduct even when a judge resigns or when a judge is approved to the Supreme Court.

“These reforms will ensure that judges who commit serious, impeachable offenses will more likely be promptly removed from office. These changes will not only allow us to ensure accountability for bad actors, including reopening inquiries into the conduct of offenders like Brett Kavanaugh,” Warren wrote, “they will also hold the vast majority of judges who act in good faith to the highest ethical standards, and in the process, begin to restore accountability and trust in a fair and impartial federal judiciary.”