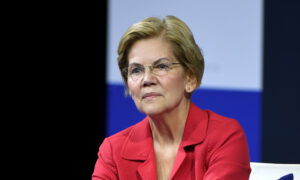 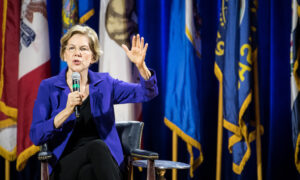 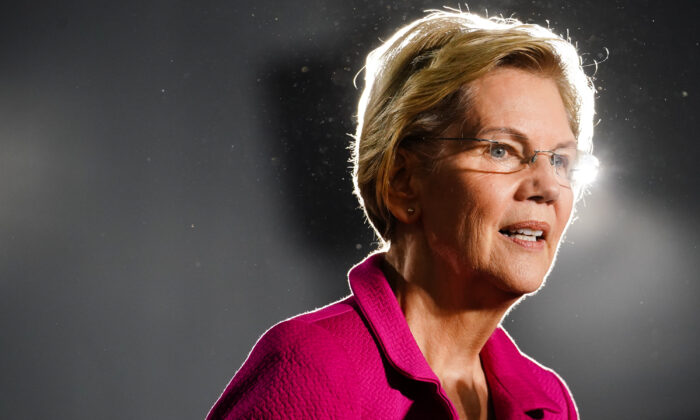 The campaign of Sen. Elizabeth Warren (D-Mass.) has distanced itself from Ed Buck, an accused sexual predator, after his name was noticed on a list of more than 200 Obama alumni who are endorsing Warren leading up to the 2020 presidential election.

The list of Obama alumni Warren endorsers was shared with CNN (pdf) and featured in a report first published on Wednesday, Dec. 18 Libby Watson, a staff writer at The New Republic, tweeted on Thursday pointing to the inclusion of Buck’s name on the list.

“Did the Warren campaign just release a list of endorsements from Obama alumni, including … Ed buck? Like, that Ed Buck?” she asked.

Buck, 65, has over the years donated to a number of top Democrats, including Barack Obama and Hillary Clinton. He was arrested on Sept. 17 and was later given a federal charge in the death of 26-year-old male prostitute Gemmel Moore in 2017. Moore, who was homeless, died after an overdose of crystal meth, a highly addictive form of methamphetamine. His body was found at Buck’s apartment.

U.S. Attorney Nick Hanna told reporters at the time that “the case against Mr. Buck alleges that he provided Gemmel Moore with a lethal dose of methamphetamine,” and that Buck, who is openly gay, “brought Mr. Moore to L.A. with the purpose of engaging in sexual activity.”

According to court papers obtained by the Los Angeles Times, prosecutors said that Buck enticed men into his house using drugs and money. They wrote in court papers, “From his home, in a position of power, Buck manipulates his victims into participating in his sexual fetishes.”

In response to Watson’s tweet, Max Berger, the Warren campaign’s Director of Progressive Partnerships, wrote that the list of Warren endorsers “was compiled by volunteers from the Obama network.” He alleged that “[s]omeone added fake names to the list. The volunteers caught most of them. They obviously missed one.”

“Ed Buck is in prison. He has no access to email. He couldn’t have signed this letter,” Berger wrote.

Chris Hayden, a Warren spokesperson, told media outlets in a statement: “This was a mistake considering Ed Buck was not staff or an alum. This [list] was put together via Google Docs by some Obama alums, and they caught some nonstaff that populated the list, but obviously, they missed one. They are removing it.”

Linking to the CNN article about the list of endorsements, Warren tweeted on Thursday, “I’m grateful to have the support of these Obama campaign alumni and my fellow Obama administration alumni. Their work changed what we know is possible in our politics. Together, we can win in 2020 and build a government that works for everyone.”

Moore is the first, but not the only person whose body was found at Buck’s apartment. In January 2019, Timothy Dean, 55, was found dead by overdose at Buck’s home. A third man, 37, overdosed at the apartment in September but escaped and called the authorities, whereafter Buck was arrested. Buck was charged with operating a drug house, battery causing serious injury, and providing methamphetamine to the 37-year-old man, the Los Angeles County District Attorney’s Office said at the time. His trial is set for Aug. 4, 2020, at the earliest.