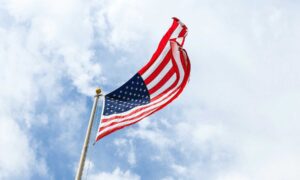 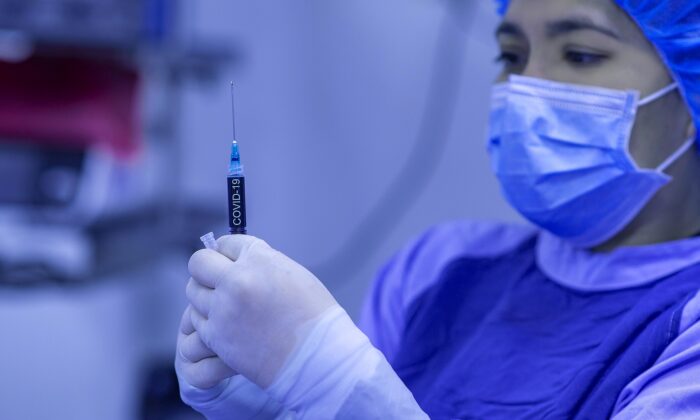 “Manhattan Project” has become slang for a chancy venture (e.g., a crash software development program) that succeeds in an astonishingly short time. The 1960s Apollo program to send humans to the moon and return them alive was occasionally called a peacetime Manhattan Project because Apollo produced and successfully employed revolutionary space technologies (plural) to achieve its goal inside a decade.

The Wuhan virus vaccines save people en masse. They have the power to spur economic revival.

The U.S. space program had a significant military dimension, though the Apollo mission less so. COVID-19/the Wuhan virus, however, is a human killer and economic crippler. It is possible to make a case that China used the pandemic as an opportunity to wage bio-economic warfare. (See my column “2020’s Bio-Economic World War: Communist China Lied; Millions of Human Beings Died.”) Whatever the local source of the virus’ late-2019 outbreak (lab accident or viral “leap” from another mammal), the Chinese Communist Party’s decision to lie about the epidemic resulted in China exporting the contagion globally.

Some statistical analyses suggest the virus isn’t so deadly—definitely not in the category of a biowarfare weapon, more like a super-flu. As I write this column, the Johns Hopkins University website estimates 2.6 million virus deaths worldwide and 118 million infected. Earth has an estimated population of 7.5 billion. But 2.6 million is still a huge loss of life.

Twenty-first-century economies in wealthy nations rely on digital communications, but they also rely on rapid transnational travel and trade. Trade usually means objects in containers. Do you trust that the container with your new virus-blocking face mask didn’t contain a disease? Rapid travel in a commercial jet requires confidence that the aircraft (an enclosed space) isn’t carrying infected passengers.

Whether traveling first-class commercial jet from London to New York or in a Greyhound bus from El Paso to L.A., successful vaccines are part of the answer to passenger doubt and fear. Vaccines are certainly more equitable—a term some political elites use as a buzz word for “fair”—than the harsh and often arbitrary travel restrictions and quarantine regimens 2020 witnessed in states like California and Michigan.

The success is a testimony to American medical science creativity, to Western pharmaceutical development and production excellence (accolades to France, Germany, and Britain), and to the Trump administration’s bold leadership.

The administration treated the virus as a national security threat. Despite intense political and media criticism, it authorized 200 million doses each from Pfizer and Moderna, and then 100 million from Johnson & Johnson. In December, federal regulators approved the Pfizer and Moderna vaccines for emergency use. On Feb. 28, the Centers for Disease Control & Prevention approved the J&J jab.

The internet and social media organs explode to the point of bloat with hot accusations and denunciations regarding vaccine effectiveness. Some of the anger and rebukes may be fed by Chinese, Russian, and Iranian disinformation campaigns. I’ll discuss those in an upcoming column. There is evidence the Chinese and the Russians are attacking Western-developed vaccines so they can scare the susceptible and sell their suspect potions to poor and desperate nations.

As far as the CDC is concerned, Moderna and Pfizer have proved their worth. The CDC issued new guidelines (effective March 8) advising Americans that “If you’ve been fully vaccinated … You can gather indoors with fully vaccinated people without wearing a mask.” Another CDC bullet point: “If you’ve been around someone who has COVID-19”—again, if you’ve been vaccinated—“you do not need to stay away from others or get tested unless you have symptoms.”

For Americans who respect the U.S. Constitution, Warp Speed vaccines protect the Bill of Rights. Americans, the vaccines are fully restoring your right to freely assemble.