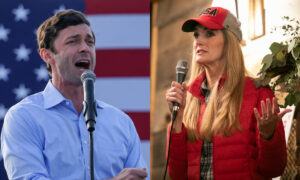 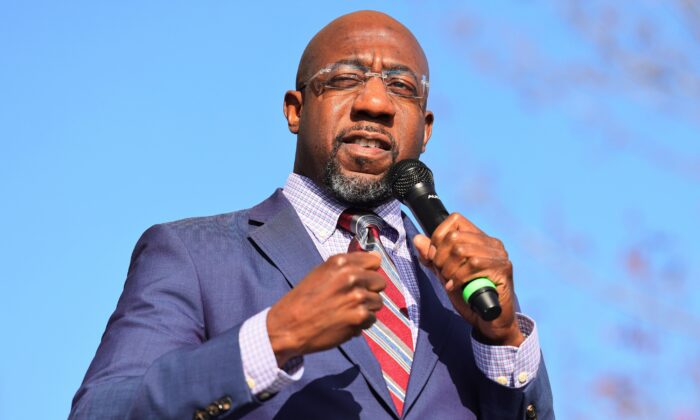 Staffers for Democratic Senate candidate Raphael Warnock were captured on undercover video saying the candidate wants to defund the police.

“He avoids using defunding the police, because he knows that the Republicans are going to try to grab onto it and attack, right? But in reality, his whole platform with police reform is along the lines of the same people who are saying ‘defund the police,'” Derrick Bhole, a campaign aide, said in part of the video.

Sasha Williams, another Warnock campaign worker, said: “You know police officers are not all good, you know what I’m saying? Most of them are bad, we know that.” Asked later if Warnock wants to defund the police, she said, “Absolutely!”

The video was released on Jan. 4 by Project Veritas, a journalism watchdog that primarily targets Democrats.

Michael Brewer, a spokesperson for Warnock’s campaign, told The Epoch Times in an emailed statement: “Reverend Warnock does not support defunding the police and Georgians know that. They also know Kelly Loeffler won’t fight against false claims of voter fraud, won’t respect Georgia’s voters or stand up for Georgia’s election, and won’t fight to get a vote on giving Georgians a much-needed $2,000 relief payment, which is why they will vote her out tomorrow.”

Loeffler has pushed the idea that Warnock supports slashing funding for the police.

On “Fox News Sunday,” she said people know what agenda Democrats have because Democratic Senate Leader Chuck Schumer (D-N.Y.) “told us he was going to take Georgia and then change America.”

“And we know that radical agenda is not just high taxes, open borders, defunding the police, government-run health care,” she said, calling Warnock “someone that would fundamentally change this country.”

Loeffler said a dozen times during a debate in December 2020 that Warnock and Democrats want to defund the police.

Warnock responded: “I do not want to defund the police and Kelly Loeffler knows it. She wants to distract from her own record.”

Warnock and Loeffler emerged from a free-for-all special election, beating 18 other candidates. The winner will finish the term of retired Sen. Johnny Isakson (R-Ga.) and have to run again in two years.

Warnock’s campaign website said he supports criminal justice reform because he believes the number of people in prison is too high.

“Reverend Warnock also believes we need to responsibly fund the police while reimagining the relationship between police departments and the communities that they serve. In order to ensure accountability and build trust, he understands that we need to invest resources into the training of police officers and into building genuine bonds of community rather than sowing the seeds of distrust,” the site states.

“For this relationship, it’s equally critical for communities to trust that the justice system is designed to support them, which is why Reverend Warnock also supports appointing independent prosecutors to handle police-involved shootings.”