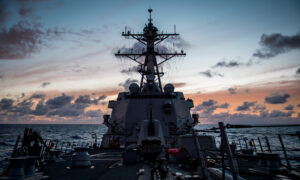 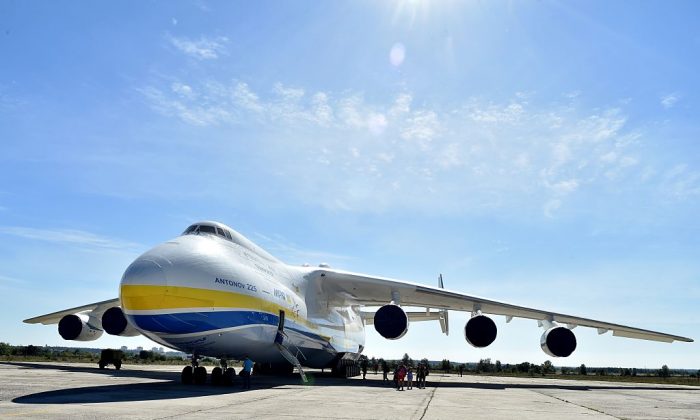 Warning Signs Hint at Dangers of Chinese Investment in Ukraine

Ukraine and China have increased partnerships in recent years, as the former is badly in need of cash to bolster its infrastructure, while the latter wants to get its hands on Ukrainian technologies.

However, a U.S. Pentagon official, while on a trip to the Ukraine capital, warned that China’s investments could be a double-edged sword.

While in Kiev this past summer, the Pentagon official said that China wants to “scoop up know-how by transferring manufacturing to China” and “import [Ukraine’s] defense industry production so [China] can reverse-engineer and produce [the technology],” according to a Sept. 14 report by Kyiv Post, the oldest English-language newspaper published in Ukraine.

Additionally, the official warned that China plans to “acquire research and development data from Ukrainian companies and hire Ukrainians brains to work in China.”

The Pentagon official, who spoke to Kyiv Post on condition of anonymity, said briefings were conducted for Ukrainian officials, including those from the presidential administration, the parliament, foreign and economic development ministries, Ukraine’s secret service, the Security Service of Ukraine (SBU), and the military.

According to the Kyiv Post, China is the biggest buyer of Ukrainian arms, at more than $100 million annually. Sales to China include such hardware as engines for trainer planes, helicopters, army tanks, and gas turbines for naval vessels. In 1998, Ukraine sold China a partially completed aircraft carrier, which China eventually converted into its first modern aircraft carrier, the Liaoning.

But China isn’t simply interested in arms sales; it also has strong ambitions for investing in Ukraine’s aerospace industry, according to the Kyiv Post. A 2016 agreement to have two Ukrainian Antonov An-225 Mriya, a type of strategic airlift cargo plane, assembled in China would offer “China the opportunity to ‘reverse-engineer’ the planes and eventually produce its own versions,” according to the report.

The Kyiv Post obtained copies of U.S. documents that the visiting Pentagon official provided to Ukrainian officials, who said Ukrainians found doing business with China convenient because the Chinese were “not averse to corrupt deals.”

In the United States, the Committee on Foreign Investment (CFIUS), an inter-agency committee that’s overseen by the U.S. Treasury Department, reviews foreign acquisitions to determine whether deals may harm American interests. According to Kyiv Post, the Pentagon official urged the Ukraine government to set up a similar body.

Ukraine is also a major partner in Beijing’s One Belt, One Road initiative (OBOR, also known as Belt and Road).

According to Chinese media reports, Ukraine was among the first countries to publicly announce support for OBOR, launched in 2013 as a project Beijing claims would build up trade routes linking China, Southeast Asia, Africa, Europe, and Latin America. Under OBOR, China has invested in infrastructure projects in more than 60 countries.

According to China’s official OBOR website, Ukraine and China inked a cooperative agreement under the OBOR framework in 2015.

Even before the agreement was signed, Beijing had boldly announced its interests in Ukraine. On March 17, 2014, the day that Crimea announced its independence from Ukraine after citizens voted on a referendum a day earlier, China’s hawkish state-run newspaper the Global Times published an opinion article titled “The Crisis in Ukraine Brings China Strategic Opportunities.”

The article said that China had much to gain from the conflict in Crimea and Ukraine: If the United States and Russia ended up in a “quasi cold-war state,” that would ease the international pressure against China. If China played its cards right, it could become a “successful mediator” and “an ambassador of peace” in the international community, the article claimed.

Ukraine currently has several infrastructure projects funded by Beijing. According to another Sept. 14 Kyiv Post article, a solar power plant in Nikopol City in central Ukraine, scheduled for completion by the end of this year, was jointly funded by DTEK, a holding company headquartered in Kiev, and China’s state-run China Machinery Engineering Co.

At the Port of Chornomorsk, which faces the Black Sea, China’s state-run China Harbor Engineering Co. is funding a dredging project at an estimated cost of about $15 million, according to the Kyiv Post.

Another OBOR project is a $2 billion metro line project in Kiev scheduled to begin later this year. According to the newspaper, the Ukraine government took out a 20-year loan from an unidentified Chinese bank to pay for 85 percent of the costs.

In July, an OBOR investment promotion center was established in Kiev, according to the official OBOR website. It was created to assist Ukrainian companies in expanding their businesses in China and other countries in the OBOR framework.

According to a Sept. 2 article by The Bohr Times, a regional newspaper in Ukraine, the country’s public debt stood at $75.71 billion as of July 31. Its direct external debt stood at $37.51 billion.

It isn’t known precisely how much of Ukraine debt is owed to China, but according to a policy paper issued by the Center for Global Development, a Washington D.C.-based think tank, in March, Ukraine’s debt to China stood at $1.59 billion as of the end of 2016.

An opinion article published by the Kyiv Post on Sept. 14 warned of the dangers in advancing trade and political ties with China, calling Beijing “aggressive mercantilists who see opportunities in Ukrainian agriculture, high technology, and defense sectors.” The article pointed out that Ukraine should study cases in Pakistan, Malaysia, and Sri Lanka—countries under the threats of a “debt trap” after China financed expensive infrastructure projects there.

Sri Lanka handed control of its Hambantota port to China in December 2017, after it was unable to pay back $6 billion in loans and converted the debt into equity.

In July, Pakistan asked the International Monetary Fund for a bailout after the country’s external debt soared to a record $91.8 billion, far beyond the $62 billion value of its proposed OBOR project, the China–Pakistan Economic Corridor (CPEC).