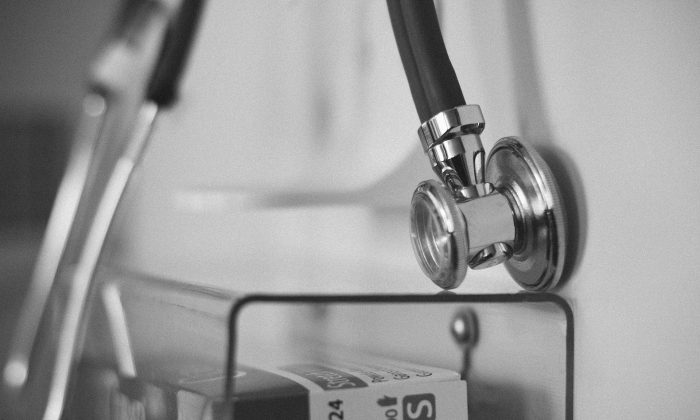 Stock image of a stethoscope. (ParentingUpstream/Pixabay)
US News

A government warning has been issued in the United States about a serious polio-like illness, acute flaccid myelitis (AFM), that has affected 11 young children across eight states so far this year.

The warning from the U.S. Centers for Disease Control and Prevention (CDC) comes after a record 233 cases of the rare but potentially life-threatening illness across 41 states last year.

Since the CDC began tracking the condition in 2014, there have been 570 confirmed cases—mostly in young children.

AFM outbreaks typically spike between late summer and early fall every other year, with symptoms including paralysis in the limbs, sudden onset weakness, a facial droop, and difficulty moving eyes, speaking, or swallowing.

CDC Director Robert Redfield, MD, said in a press release, “I urge physicians to look for symptoms and report suspected cases so that we can accelerate efforts to address this serious illness.”

Medical experts are still uncertain how to treat or prevent the illness, and while they have their suspicions, they are not entirely certain what causes the condition that affects the nervous system.

While 11 cases of the paralyzing disorder have been confirmed in the U.S. this year, a further 57 cases are under review involving individuals with tell-tale symptoms of the disease, according to Medscape.

She urged doctors to “help with early recognition of patients with AFM symptoms” by collecting lab samples as soon as they suspect a patient has the illness.

She added, “When specimens are collected as soon as possible after symptom onset, we have a better chance of understanding the causes of AFM and developing a diagnostic test.”

The agency said the age of the average patient affected by the illness is around 5-years-old. Typically, less than a week before they start suffering from limb weakness, they exhibit a fever or respiratory problems consistent with a viral infection, reported NBC News.

The CDC said that doctors should collect lab specimens including cerebrospinal fluid, and if a spinal lesion is visible from an MRI, they should then immediately bring the case to the attention of the department.

Scientists and medical experts have suspicions that a combination of enteroviruses— D68 and A71, which usually cause cold-like symptoms—likely play a role in AFM.

After experiencing milder symptoms, such as coughing and sneezing, people can be left paralyzed by AFM. The illness can be life-threatening in more severe case where neurological complications occur, but physical therapy has been shown to be effective in cases of recovery.

Dr. Fernando Acosta, a pediatric neurologist at Cook Children’s Medical Center, in Fort Worth, Texas, said, “If [AFM affects gray matter] lower in the spinal cord, [paralysis will] be more in the legs and if it’s higher up, it’ll be more in the arms.

“If it’s closer to the neck, they can’t move head, neck and shoulders. We had one case of that and that was just awful,” she added.

Last September, 6-year-old Elaina Habeck from Minnesota had her love of acrobatics taken away from her after AFM left her partially paralyzed, reported Kare 11.

Speaking to the outlet about her daughter’s sudden decline in health, Elaina’s mother, Thao Habeck, recalled the moment her daughter suffered limb weakness and paralysis.

“Her body just kind of started not wanting to do anything,” she explained. “She couldn’t even lift her neck up or sit up for a long period of time. I don’t know what happened.”

Elaina reportedly woke up one day, unable to move her neck and right arm, and began to fall over often while at school.

“When she would walk through large crowds of kids, if someone bumped her, she would just fall over,” Thao said. “She couldn’t even hold her own lunch tray.”

“She has come a very long way,” her mother said. “She’s jumping up and hanging on the trapeze on her own. If you look at her now, you would never know that she was even sick.”

“Early and aggressive physical therapy and rehabilitation hold good promise to help kids strengthen the function that they have after AFM and regain as much strength and function as possible.”