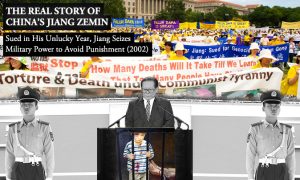 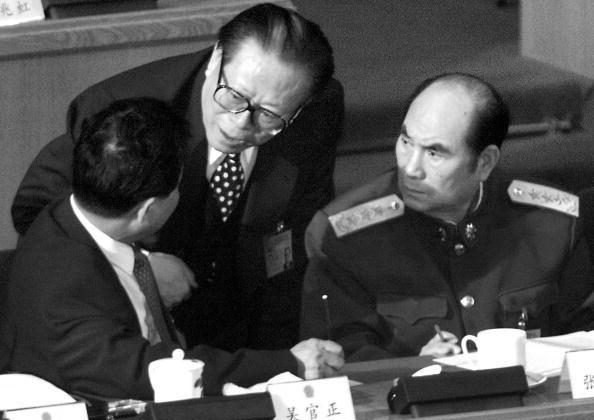 Zhang had a distinguished military career as a commander of the military in Guangzhou Province and in the capital of eastern Shandong Province, Jinan. He was later promoted to lieutenant general in 1988 and to general in 1993, and eventually appointed to be vice chairman of the powerful commission that rules the Chinese regime’s military.

The former Chinese leader, Jiang Zemin was widely expected to pass on his power as the Chairman of the CMC to his successor Hu Jintao, who was already General Secretary of the CCP and President of China, during the 16th National Congress of the Chinese Communist Party in 2002.

However, Jiang, not wanting to give up his control over the “barrel of the gun” (as Mao Zedong once called it), secretly cooked up a bloodless coup d’état, which eventually led him to retain his post as the chairman of the powerful Central Military Commission until 2004.

Zhang, who was promised by Jiang to become the Minister of Defense, took a hardline stance and abruptly put forth a “special motion,” proposing that Jiang continue to serve as Chairman of the CMC in its new term, during a meeting at the Party’s 16th National Congress.

With none of the participants in the meeting voicing any rejection, Zhang put Hu on the spot—demanding that Hu take a side on the motion.

Hu eventually agreed and Jiang’s bullish antics would handicap Hu’s exercise of power during his tenure as the top leader of China.

Zhang was the Chinese general in command of the CCP’s military exercises during the 1996 Taiwan Strait Crisis, the Central News Agency in Taiwan reported on Jan. 14.

In 1995, during military exercises, the Chinese regime fired missiles into the waters surrounding Taiwan, with some going into the Taiwan Straight. The regime intended to intimidate Taiwan’s government under Lee Teng-hui, the President at that time, whom the CCP considered as having deviated from the one-China policy.

In 1996, the regime fired missiles again, this time to intimidate the Taiwanese electorate prior the island state’s first-ever presidential election.

Later in 2000, at a conference of the People’s Liberation Army on equipment, Zhang, said “It is guaranteed that a war will break out at the Taiwan Strait within five years,” Yahoo News in Taiwan reported on Jan. 15.