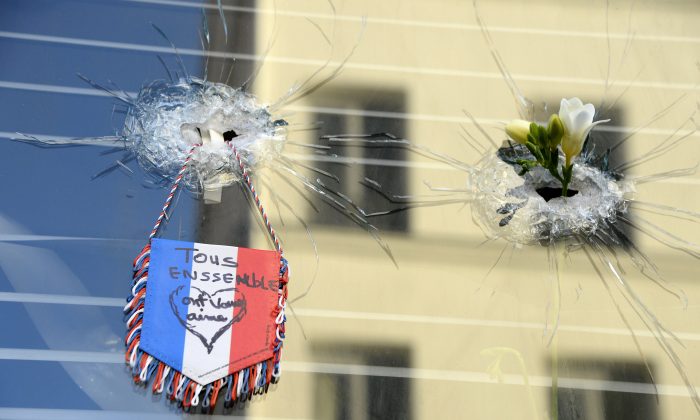 “War in the heart of Paris” screams the headline of Le Figaro. Scenes of carnage, troops on the streets, politicians speaking, sirens in the background, terrified people in tears. The unfolding state of emergency triggers strange thoughts in my political head, but I try to pause.

In exceptional moments like these, I remind myself, old-fashioned virtues are vital. Emotional distance, clear-headed thinking, and prudent judgments become indispensable. So I ask: Setting aside all the media chatter and clatter, what do these local Paris events mean for the wider world? Will they have unintended effects? Might the cruel attacks have a broader historical significance?

We can’t yet be sure of the answers, or even whether these are the right questions, but already some things ought to be clear. The attackers knew well what they were doing. Their violence was neither “mindless” nor “irrational” nor “mediaeval” nor somehow based on or guided by the Qur’an. In style and substance, the Paris violence was thoroughly 21st-century.

Operating through decentralized shadowy networks, the attackers engaged in a type of “connective action.” They were loosely coordinated and well-equipped, thanks to the unregulated treachery of the global arms trade. AK-47 Kalashnikovs come dirt-cheap these days; their average global price is now just over $500, but often less.

With guns in hand and bombs strapped to bellies, the attackers’ sense of political timing and mise en scène proved impeccable. They knew the arts of situationist pranking, détournement, and staging a global media event. In less than two hours of brutal murder, seven men in three teams managed to grab headlines on every conceivable news platform, everywhere on the face of our planet.

Instant publicity on this scale is a remarkable achievement. So, too, is the reminder issued by the attackers to Europeans, and to the rest of the world, of some plain political truths. In every actually existing democracy, religious politics is back. French-style secularism (“La France est une République indivisible, laïque, démocratique et sociale,” says its constitution) is no workable or legitimate peace formula. In the name of ridding the polity of bigotry, as I explained earlier this year, the bigoted secularist insistence that “reasonable” men and women must leave God not for other gods, but for no god, compounds the felt indignity of Muslims and stirs up serious political and religious troubles.

The Paris attacks have other significance. They’re a disturbing reminder of the deepening world-wide civil war among Muslims. The Paris carnage also makes clear that the so-called “war on terror” doesn’t work. Alain Gresh, editor of Le Monde Diplomatique magazine, has said it well: “We have been in this war against terror for years and years, and [yet] we have more terror.”

Above all, the Paris violence teaches us that the American-led strategy of swapping boots on the ground with new forms of war built on air power and robotics cannot be body-bag free. Calling on Muslims everywhere to fight the “infidels” using all available arms and “poison,” the attackers have brought the war home, to the civilized streets of Paris. Other cities will soon be targeted. Mumbai, Beirut, Madrid, Boston, Grozny, London, Moscow, Damascus, Sydney, Paris … Which city will be next?

Of course, there are those who are saying loudly, and in language much too self-righteously flowery for my taste, that the organized violence against French civilians is an attack on people everywhere. Barack Obama has a point: the Paris violence is indeed an assault on “all of humanity and the universal values that we share.”

But as the Iranian scholar Hamid Dabashi has just noted, the strange and hypocritical thing is that similar attacks on civilians in the cities of Lebanon, Afghanistan, Kurdistan, Iraq, Somalia, Palestine, and other places are never greeted with the same public outcry, or moral indignation. Why is this? Aren’t these also attacks on “all of humanity and the universal values that we share”? So why do democracies harbor double standards? Why do we keep bombing and bullying people who are determined to take revenge on us? Surely there will be no peace until we find other ways of compromise and reconciliation?

French President Francois Hollande has said the Paris attacks are nothing short of “an act of war.” In an effort to play the role of Charles de Gaulle in a national emergency, and to save his political skin, he will soon be addressing an extraordinary session of the parliament. The country will observe three days of official mourning. Yet regional elections are scheduled for next month, and we should not be surprised if the French far right led by Marine Le Pen makes substantial gains.

Ignorant talk of “terrorism,” “Islamic militants,” and “national security” will flourish. The hateful baiting of Muslims by perfectly civilized French citizens will continue to function as the new anti-Semitism of our times. For all Muslims everywhere, not just in France, life will become much less pleasant. Not even those fleeing for their lives will be safe.

With poisonous media coverage and rumors circulating that one or two attackers may have passed recently through Greece from Syria, the tens of thousands of Muslims fleeing the violent destruction of their homelands will be greeted in Europe by ever taller walls of bigotry, targeted violence, and state hostility. European democracies will continue to be transformed into garrison states wrapped in barbed wire and total surveillance. And the war will go on, not just in the heartlands of the Muslim world, and in Europe, but in the rest of the world as well.

John Keane is a professor of politics at the University of Sydney in Australia. This article was previously published on TheConversation.com