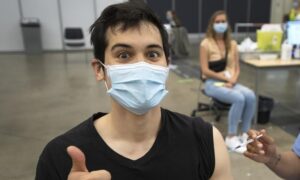 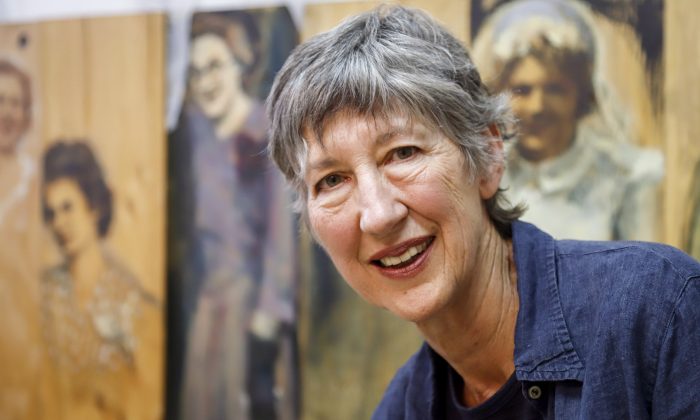 For Bev Tosh, it began as a labour of love: creating a portrait of her mother as a 1940s war bride on the occasion of her 80th birthday, a likeness rendered in oil from a decades-old photo. But that single painting took the Calgary artist down a path she could never have foreseen.

Eighteen years later, Tosh has amassed more than 150 portraits of women from around the world who married Second World War airmen, soldiers, and sailors and left their home countries to start new lives with men they often barely knew.

“So I did this painting, never really thinking it would go anywhere because it was for me, it was not for my mom,” says Tosh, 70, whose parents met at a 1944 New Year’s dance in Saskatchewan, where her mother lived and her father, a Royal New Zealand Air Force pilot, was stationed as a flight training officer.

But fate, it seems, had other ideas.

Tosh’s parents married in June 1944, before her father was sent back to England for active duty and subsequently shipped home to New Zealand at war’s end. Her mother, who had remained in Saskatoon, set sail from Vancouver in 1946 to join her husband in New Zealand, where Tosh and her sister were born. But the marriage lasted only six years, and the two girls and their mother returned to Canada.

About seven years ago, as an established artist and fine arts teacher, Tosh was asked to come to New Zealand to teach painting classes, and a local newspaper wrote an article about the expat.

“It all happened accidentally,” she says, recalling that she had brought slides of her mother’s portrait, which was projected on a wall behind her as her photo was taken for the front-page story.

Word of the artist spread and war brides living in New Zealand began contacting her: “The phone where I was staying never stopped ringing. War brides came to me on breaks during my classes.

“I realized that these were very, very multi-layered stories. They were stories of leaving home and adaptation and heartbreak and love and riches and loss.”

There was no way back from New Zealand for these women, says Tosh, explaining that the government tried to discourage the marriages and provided only a one-way passage to the servicemen’s Canadian wives, about 4,000 of whom took ship for such countries as Australia, New Zealand, England, and Scotland. Many thousands more emigrated from their overseas homes to Canada, the U.S. and elsewhere.

One of those women was Kay Patterson, an English war bride whose Kiwi husband was killed in action, but who chose to travel to New Zealand with their young son after the war.

Patterson had a premonition of his death when she lost her “sweetheart wings” — a tiny pin or pendant given as a love token by airmen to their wives or girlfriends.

“That’s why her story still gives me goosebumps,” says Tosh, who etched tiny wings inside a gold-painted knothole in the plywood base of Patterson’s portrait. “Her story had a really profound effect on me.”

When the artist returned home to Calgary, she started telling stories about the New Zealand women and the portraits she had painted — and then “the local war brides came,” says Tosh.

“They’ve welcomed me — hundreds of them,” she says. “They’ve opened their photo albums, poured me cups of tea.”

So compelling were their stories that Tosh gave up teaching and stopped showing her art in galleries to dedicate herself full-time to immortalizing war brides from their wedding-day photos.

“It’s taken over my life … Other artists often said ‘You know this is a career-killer.’ And it didn’t matter, because something in me needed to do it.”

The portraits have an ethereal quality, almost as if seen through the mists of time, featuring a limited palette in keeping with the era of ration books and the threat of death always on the doorstep.

Asked what she wanted to capture in the paintings, Tosh said: “I wanted a sense of their strength and their frailty at the time. They know life is uncertain. They’re losing loved ones no matter where they are.

Boarding a ship for a strange country took a huge leap of faith, she says.

“They were not falling in love to go elsewhere, or even to get away. In fact, the hardest thing for all of them was to walk up that gangplank.

“Everything they’d ever known was gone or going and they were coming to a man they hoped would be waiting for them on a station platform in a land they didn’t choose, and sometimes knew nothing about.”

As it turns out, Tosh’s choice was anything but a career-ender. The artist is internationally recognized for her portraits, for which she was awarded the Meritorious Service Medal by the Governor General earlier this week.

And in the run-up to Remembrance Day, 40 of her portraits were put on exhibit at the RAF Museum in London, where they will remain until mid-September 2019. Others will be on display in France next year for the anniversary of the June 6, 1944, D-Day landing by Canadian forces on Juno Beach.

Among those at the RAF Museum is a portrait of Hazel (Walker) West, a Londoner who met her husband Russell, an RCAF pilot, on a blind date. The couple tied the knot in February 1945, a few months before VE-Day. She was 20, he was three years older.

Her wedding day portrait shows a woman happy and smiling, though the 94-year-old admits that inside she was “scared spitless … I kept saying to myself, what am I doing?”

In 1946, after having been separated from her groom for 10 months following his return to Canada, West travelled by ship to Halifax and train to Calgary, to be met by a man dressed in civvies instead of a crisply smart uniform, who seemed like a stranger.

And she wasn’t prepared for the bleak vastness of the Prairies or small-town living in Raymond, Alta., where the couple lived for four years before moving permanently to nearby Taber.

“All in all, I’ve had a good life,” West says. “It’s had its rotten, rocky moments, it’s had sadness, it’s had fear and stress, but don’t we all in life at sometime?”

Having her portrait painted by Tosh, with whom she’s become friends, was a gift: “I was thrilled beyond belief that it would be possible that she would do that.”

As for the artist, she had thought she might be done with her series of war bride paintings with the opening of the London exhibit last month, but whenever she hears another of their stories, “the hair stands up on my arms.”