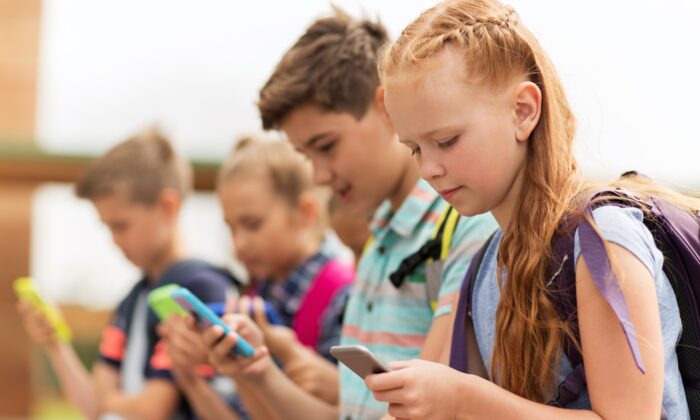 Want What’s Best for Kids? Put the Word ‘Groomer’ in Its Proper Place

Remember the story from Aesop’s Fables about the boy who cried wolf?

Over and over again, the young shepherd would fool villagers into thinking that his flock was being hunted by a vicious wolf. One day, when the beast finally attacked and the boy cried out for help, no one answered. The villagers were desensitized to the false alarms. After so many times, they just didn’t believe it anymore.

Worst of all, the sheep were the ones who suffered for it.

Reddit’s recent decision to ban the term “groomer” from its discussion board will be lamented by free speech absolutists as just one more development in the downward spiral of online censorship. Simultaneously, those who believe in “hate speech” bans and regulation of discourse will celebrate it as a step in the right direction to promoting a more “inclusive and accepting” online environment. Proponents of such speech codes support the elimination of viewpoints that can be interpreted as subjectively harmful to certain individuals.

Of more interest, however, is the spotlight that has been thrown on the word “groomer.” The explosion in the frequency with which it currently appears in our media environment is revealing as to how the nation’s political machinery mobilizes around certain terms and phrases. Twisting information through a distorted lens, the intention is to impact the public understanding of those same words and phrases, favorably shift the Overton Window, and then use the new artificially created consensus to attack political enemies and support one’s own agenda.

This is what has been underway with the noun “groomer.”

It is true that some segments of the population have seized on the term to describe the introduction of children to any LGBTQ material at all. This is not a proper use of the word.

According to the National Society for the Prevention of Cruelty to Children, a groomer refers to someone who creates and maintains a relationship with a young child so that they can “manipulate, exploit and abuse them.”

A looser definition understands it as the premature mental, emotional, and physical development of a child’s sexuality through purposeful encouragement. This is simply not the intent of most members of that community, let alone the progressive-minded parents who opt to expose their children to the latter.

This strategy also doesn’t play well with voters. Several months ago, a poll by the left-wing think-tank Data for Progress found that over half of respondents did not agree that “teachers and parents that support discussions about sexual orientation and gender identity in school” should be considered as groomers. Other questions similarly suggested that most respondents did not look favorably upon explicitly anti-LGBTQ legislation.

The results of these polls clearly have to be qualified by the fact that the source doing the polling was extremely left-wing. The biases are glaring in reading the text of the questions, which lack any subtlety, and clearly prime respondents to answer in a specific way (consider question 4, about Texas legislation that denies “gender-affirming treatments” for children “[resulting] in being denied care or being separated from their family”; the implication being obvious—“You don’t want to hurt kids, do you?”).

Still, it should be clear that painting with a broad brush regarding the issue of grooming is counterproductive for creating legislation that seeks to protect the innocence of children from explicit sexualization. It is a distraction that diverts attention from the fact that yes, not only do we live in an increasingly toxic cultural environment that glorifies licentiousness and sells sex to kids, but that also, yes, there are most certainly actual groomers out there who we as a society must be vigilantly guarding against.

The increasingly sexualized nature of what children are exposed to and the normalization of hardcore topics have only emboldened (and in some cases enabled) the type of individuals who engage in such predatory behavior.

It is also what happened with Florida Gov. Ron DeSantis and his state’s recent legislation to ban radical gender ideology and exposure of children to explicitly sexual topics in grades K-3. The Florida legislation is perhaps the most reasonable bill that has been introduced to curb the infiltration of perverse ideologies into public school classrooms.

Polls that quote the bill verbatim find overwhelming support across party lines. That is why its opponents have had to twist it around to fit a particular narrative, creating the misnomer label of a “Don’t Say Gay Bill.” Any concern with the sexualization of children—in other words, grooming—is falsely equated with an attack on the LGBT community in general. The Overton Window is subsequently shifted in a way that makes any support for the legislation a de facto act of hate.

Reddit seems to have accepted this formula. One Twitter user posted the information that laid out the social media company’s administrative decision to ban the word groomer on account of its hate speech policy, stating that the term is currently being used as a slur against the LGBT community. It also banned any reference to LGBT people as pedophiles.

While stating that the word groomer is only banned when used in reference to LGBT people as a whole, this raises questions about what type of activity will now be off limits for critical commentary. The exposure of children to radical gender ideology and various sexual concepts like what was banned in the Florida bill could certainly be interpreted as a form of grooming. Even if one disagrees with that proposition, it seems to be an explicitly political decision to totally ban the viewpoint.

It is telling that the Twitter post referenced above went on to imply that Twitter should also follow suit and begin by banning the “LibsofTikTok” account. The latter became famous for shining a light on teachers openly discussing their efforts to introduce students to far-left identity politics. The enraged opposition to exposing what is going on in elementary school classrooms raises questions in itself.

Conflating all LGBT individuals or related issues with the act of grooming is both false and politically counterproductive. However, equating all reference to the act of grooming or the express subjection of children to inherently sexual material as a right-wing conspiracy theory rooted in hate can be a slippery slope. The truth is that these things are happening, and parents, as always, should be vigilant about those who would do harm—purposeful or not—to their sons and daughters.

At the same time, those who truly want to fight for children must also denounce the derogatory widespread use of the word groomer by all sides. If they don’t, it will be easy enough for ill-intentioned political actors to simply say that their ideological opponents are crying wolf again.

Meanwhile, they will go on working to convince society that the wolf is just a hateful conspiracy that doesn’t even really exist.