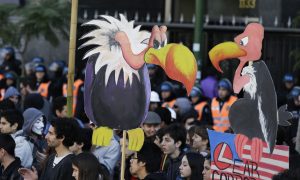 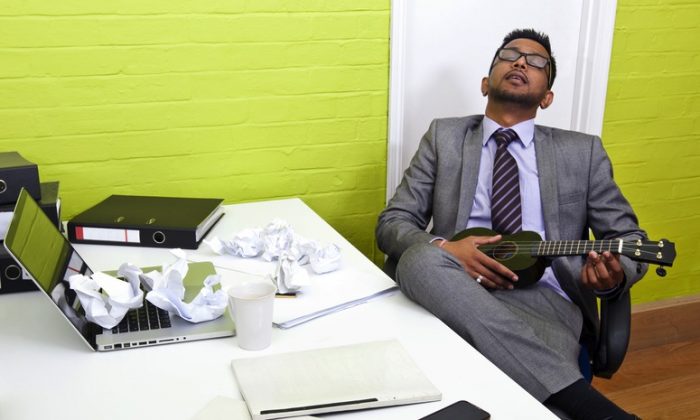 Want to Know Who’s Slacking on Your Team? There’s an App for That

Next week, intriguing productivity app Taskflight by software startup Vantagon will be ready for mass consumption, promising to bring more honest and efficient business practices to the workplace.

Taskflight is designed to track progress in the workplace, where people can assign tasks, transfer files, and collectively work toward “objectives,” or bigger goals.

Unlike most productivity apps that focus on the here and now, Taskflight considers future end goals. Its name comes from a flight app that creator Mariano Malisani, who is also CEO and founder of Vantagon, was taking from Argentina to Paris.

As he left Buenos Aires, Malisani noted that the city looked far more expansive from the outside. He immediately made an analogy to his day-to-day tasks, he told the Epoch Times in a phone interview.

Malisani got the idea for Taskflight from his time working as business development manager for a biotech firm in Argentina where he felt there was little transparency or work ethic.

“Imagine that your goals get changed from one management meeting to the other and nothing is clear. There’s no complete oversight. It was very messy,” Malisani said of his time there. “So when I quit that job … I asked myself, what will be my first software product? Well, it’s got to be something that can help people in my situation.”

He structured Taskflight to make the workplace more transparent. Multiple hourlong coffee breaks or secret naps would become obvious as people report their progress on tasks, which are then automatically calculated to a percentage of progress for the particular objective.

“You set up a clear objective and you can easily know if somebody has done something or not,” said Malisani. “Tools like Taskflight will make that come to light. And some teams might not like that. But my personal ambition is to promote healthier cultures and teamwork.”

So far, only a few hundred people have been testing out Taskflight, which has been going through a major coding rewrite.

The beta version has a sleek and simple user interface with a pleasant orange, gray, and white theme. There is a satisfying swirl of the orange bar when progress reaches 100 percent for an objective.

One advantage of Taskflight is that it eliminates the need to scroll through a long list of emails to find important files, as all the files are grouped together on a separate tab. While uploading files, users are still able to leave notes for other colleagues. In other words, it offers users a more curated version of their email.

What Do Your Mobile Apps Tell Third Parties?

7 Apps to Help You With Traveling the World [Mac]

Taskflight could mean fewer meetings too, as more important information is placed on a single platform. Malisani noted that he keeps in contact with his board of directors through the app.

Once, back in the Argentine biotech firm, Malisani was interrupted by a call from his boss, while he was talking to an investor. His boss asked him if he closed the deal yet.

“And he was actually interrupting the deal. So you can actually see my frustration reflected in Taskflight,” said Malisani. By checking the objectives, the boss can see the employee’s progress without making an invasive call.

Real-time updates on progress require full participation from everyone in the office, however. People have to change their habits and begin using Taskflight constantly.

Contrary to the mobile-first model touted by many software developers, Vantagon is focused on developing the Web version of Taskflight first, because the target audience is more computer-oriented. Still, the iOS app will go live by June at the latest.

The company has been developing organically by recruiting individual investors through word-of-mouth rather than partnering with venture capital firms.

“We raised the funds we need for the things we want to execute,” said Malisani, “Organizational design is something that I’m passionate about. I wanted to see the company grow as it needs to grow.”

Taskflight is only one productivity app in a sea of many, but some of its features do set it apart.

The app might grow to focus more on automatic reporting and its objectives, which are some of the features that set it apart.

Transparency in the workplace can get difficult at times, though. Your boss and everyone else on the team know exactly when you’ve done your tasks and they can assign you five new ones.

It can be great and frustrating, said Malisani. “But I guess to me, as the CEO of this company, it makes my job better. I like people who can show me that I’m missing something.”

Correction: A previous version of this article incorrectly stated the pricing for Taskflight. Epoch Times regrets the error.