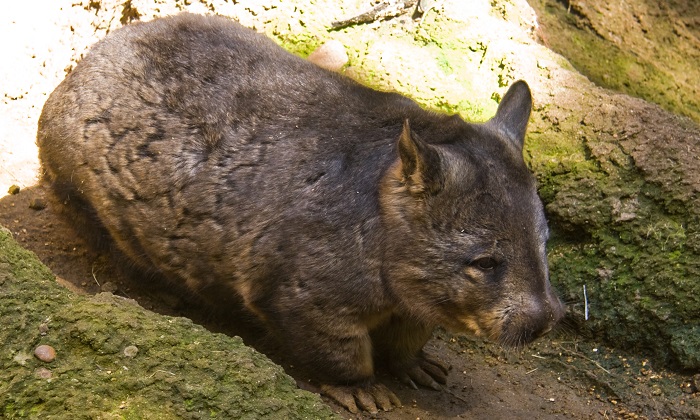 A woman came across a young wombat strolling up the pathway of a street in suburban Canberra. (Wikimedia Commons)
Australia

Wombats are considered reclusive creatures. They mostly move at night and avoid people as much as possible. Except for one in Canberra, the bush capital of Australia.

Canberra resident Jolene Laverty got a surprise on Saturday morning when she found a young wombat strolling up the pathway of a street.

She took of a video of the little marsupial – who didn’t like being followed too much – and posted it on twitter.

Just a wombat, going for a walk down the streets of #Canberra #Belconnen #Australia @RSPCA @canberratimes @2CC @abccanberra (I’ve called #Wildlife rescue, they know about him and say he’s covering a lot of ground!) pic.twitter.com/Uh9fc1S83E

Laverty said the swaggering wombat “wasn’t happy with the paparazzi following him!”

She said the furry herbivore growled a bit as well.

The less than a half-a-minute video attracted plenty of attention in the Twittersphere.

“Just out for a stroll. Nothing to look at here, obviously!” tweeted one person.

“Never saw anything throw a ‘do not even try me’ vibe while being so adorable!” said another.

“How many times does a wombat have to tell a bloke with a camera to back off?” commented another person.

Wombats are nocturnal animals and typically stay in or near their burrows in mountain, forest or grassland areas.

There are three species of Wombats in Australia, all of which are protected across the country, except in the state of Victoria.