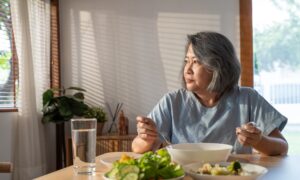 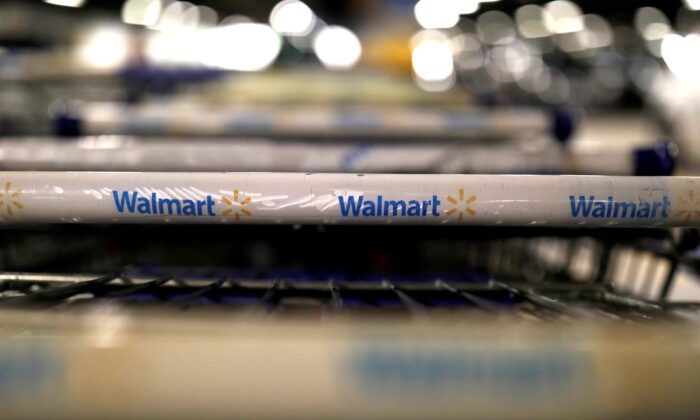 The Walmart logo on shopping carts at a store in Sao Paulo, Brazil, on Feb. 14, 2018. (Paulo Whitaker/Reuters)

Walmart to Sell Own Line of Budget Analog Insulin

Walmart announced on June 29 that it will soon start selling private-brand analog insulin that it says will save customers up to 75 percent off the cash price of branded versions of the drug and will “revolutionize” access and affordability of diabetes care.

The big-box retailer will sell the product, marketed as ReliOn NovoLog insulin, to adults and children with a prescription at Walmart pharmacies this week, and at Sam’s Club pharmacies in mid-July, the company said in a release.

Walmart said it expects the new product will save customers between 58 and 75 percent off the cash price of branded products, which it said works out to as much as $101 in savings per branded vial and $251 per package of branded FlexPens.

“We know many people with diabetes struggle to manage the financial burden of this condition, and we are focused on helping by providing affordable solutions,” said Dr. Cheryl Pegus, executive vice president of Walmart Health and Wellness. Diabetes “is a condition that disproportionately impacts underserved populations.”

Walmart’s ReliOn NovoLog insulin will be manufactured by Novo Nordisk, one of three main insulin manufacturers, alongside Eli Lilly and Sanofi. It’s a rapid-acting analog insulin, which tends to be more effective and easier to manage than the older, human insulin. More than 20 years ago, Walmart launched a human insulin private label brand called ReliOn, which costs $24.99 a vial.

For years, there have been complaints about the high list prices for insulin and the significant out-of-pocket costs borne by patients.

“Its cost has nearly tripled in the past 15 years making it difficult for many patients to afford this medication and effectively manage their disease,” the Endocrine Society said in a position statement earlier this year. “This has put patient safety in jeopardy, as patients who cannot afford the high cost of insulin ration their insulin or forgo other medical care.”

About 1 in 10 Americans have diabetes, or roughly 34 million people. The vast majority have Type 2 diabetes, a chronic condition linked to genetics, along with weight gain and inactivity, or advancing age. Diet and exercise can help manage the disease, but some patients also need insulin or other medication.

About 1.2 million people have Type 1 diabetes, an autoimmune disease that requires lifelong insulin injections after the pancreas stops producing a sufficient amount.