Walmart to Raise Starting Wages for US Hourly Workers 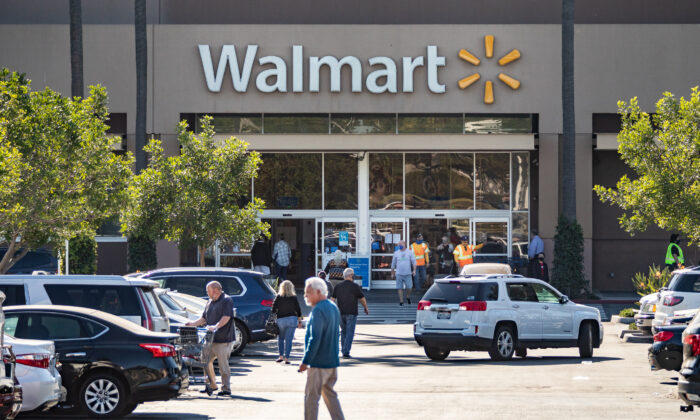 Walmart, the largest U.S. employer, said Tuesday it is raising its starting hourly wages starting in February, according to a news release.

In a statement to employees, Walmart CEO John Furner stated that “starting next month, we’ll begin investing in higher wages for associates.”

“This includes a mixture of associates’ regular annual increases and targeted investments in starting rates for thousands of stores, to ensure we have attractive pay in the markets we operate,” he said. “We expect these raises will bring our U.S. average hourly wage to more than $17.50. They’ll be reflected in March 2 paychecks.”

Elaborating, Walmart spokeswoman Anne Hatfield told CNBC that store workers who currently earn from $12 to $18 an hour will make between $14 and $19 an hour starting in early March. Some 340,000 people will see a pay increase around the same time, the spokeswoman said.

The federal minimum wage is currently $7.25 per hour. While Walmart rivals like Amazon and Target have $15-an-hour minimum wages, Costco’s is higher.

Recently, Amazon raised its average starting pay for certain workers to more than $19 per hour from $18 per hour in October, according to a statement at the time.

“Front-line employees across customer fulfillment and transportation will now earn, on average, more than $19 per hour in the U.S., and they also have access to a growing range of comprehensive benefits to support themselves and their families,” said Amazon Vice President John Felton.

During the start of the COVID-19 pandemic three years ago, the firm hired hundreds of thousands of workers to deal with high consumer demand for groceries and other household goods.

Walmart’s move comes as U.S. wage growth moderates. Data from earlier this month showed average hourly earnings growth for U.S. workers slowed to 0.3 percent in December, compared with 0.4 percent in the prior month.

Still, the labor market is resilient with the rate of unemployment falling to a 5-decade low of 3.5 percent in December and the number of job openings far outpacing the number of unemployed. This has raised prospects that the U.S. Federal Reserve could further raise interest rates, putting further strain on minimum wage workers and household budgets.

Walmart’s new round of hikes comes six months after it raised the average pay for pharmacy workers to more than $20 per hour and said it would offer more frequent and automatic pay raises as part of a new “progressive wage model” to fight labor shortages. It has previously also raised pay for truck drivers and distribution center workers.

“The labor market remains competitive, particularly at this level. Hourly workers are still hard to find, and companies are continuing to compete for them by raising wages,” Andy Challenger, the senior vice president at outplacement firm Challenger, Gray & Christmas, told CNN on Tuesday.

Walmart’s charges also include higher-paying jobs in its auto centers, expanded benefits as part of its college degree program, and an expansion of a program that trains employees to become truck drivers for the Bentonville, Arkansas-based firm.