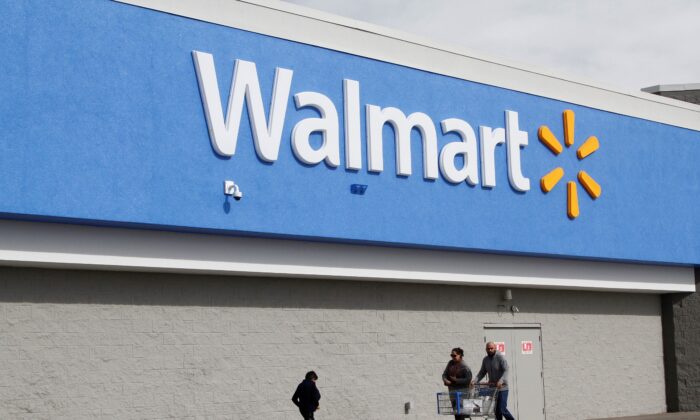 Walmart temporarily closed almost 60 stores across COVID-19 hotspots in the United States in December to sanitize them against the virus, a spokesperson confirmed to Reuters.

The stores across Texas and New Jersey were closed for two days for cleaning “to present a safe and clean in-store environment for our associates and customers,” a company spokesperson said. They did not comment on whether or not staff at the locations had tested positive for COVID-19.

“We’ve been closely monitoring our stores across the country, making the decision to temporarily close locations on a store-by-store basis through a collection of market-related data,” the spokesperson said.

According to its website, Walmart has 4,742 U.S. locations in total. The company adopted a policy at the start of the pandemic of temporarily closing stores overnight to clean them, in line with Centers for Disease Control and Prevention (CDC) guidance.

“We continue to follow and communicate the CDC’s recommended guidance on behaviors like washing hands, social distancing, and the cleaning of surfaces,” Walmart said back in March 2020. “And we have made significant operational changes in our stores, clubs, DCs and FCs this month—such as closing overnight for cleaning, starting to install sneeze guards at checkout and pharmacies, using wipes and sprayers for carts, putting in signing for social distancing and implementing a COVID-19 emergency leave policy.”

In stores where someone has tested positive for COVID-19 within the last 24 hours, the CDC recommends that retailers “close off areas used by the person who is sick and do not use those areas until after cleaning and disinfecting.”

It also advises retailers to “wait as long as possible (at least several hours) before you clean and disinfect.” The CDC does not strictly recommend shutting stores.

“This temporary closure initiative is not new to Walmart or Sam’s Club. We’ve doing this since shortly after the pandemic’s start in 2020 as a proactive measure intended to present a safe and clean in-store environment for our associates and customers,” a Walmart Spokesperson told The Epoch Times.

Walmart’s temporary closures come amid a spread of the new Omicron variant across the globe, which has seen governments institute restrictions on public gatherings and travel, while the retail industry, among other businesses, has been disrupted.

Last week, Apple closed its stores in New York City to in-store shopping amid a surge in virus cases.

Apple’s Fifth Avenue, SoHo, Grand Central, and World Trade Center locations were closed to customers, as well as smaller sites across the five boroughs, according to the company’s website. However, customers were still able to pick up online orders at the stores, Apple said.

Apple’s company policy is to close a store when roughly 10 percent of staff members test positive for the virus. The company did not say when its New York locations would reopen to in-store shoppers.

Multiple other businesses have changed their return-to-office plans for employees. This week investment bank Goldman Sachs asked eligible U.S. staff to work from home until Jan. 18. Returning staff will also need to be vaccinated with a booster shot and submit to bi-weekly testing, and mandatory masks, according to a company spokesperson who spoke to Reuters.

In the week ending Dec. 25, Omicron accounted for 58.6 percent of COVID-19 cases in the United States, as per CDC data.

A CDC map of COVID-19 transmission levels by county shows the majority of U.S. states in red, which demonstrates a “high rate” of infections, meaning the areas are “hot spots.”