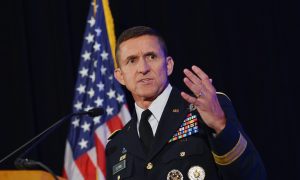 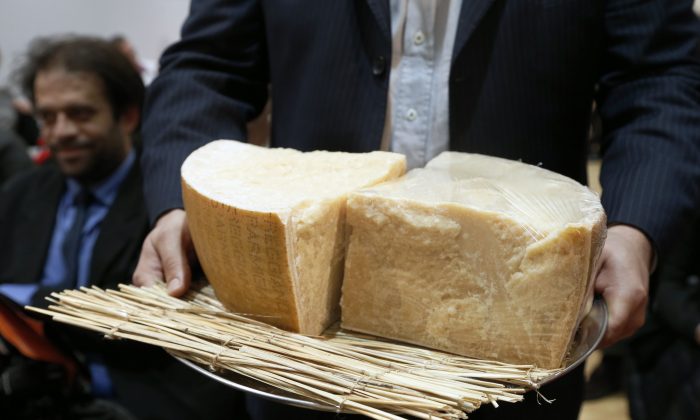 A man presents pieces of parmesan during a sale of fine food to raise funds for the French Red Cross on December 18, 2012 French auction house Artcurial in Paris. AFP PHOTO FRANCOIS GUILLOT (FRANCOIS GUILLOT/AFP/Getty Images)
US

A recent investigation had uncovered that fact that a number of Parmesan cheese brands include cellulose, made from wood pulp, as filler in their cheese, including on packages that were labeled 100 percent cheese.

A laboratory at the Center for Dairy Research in Madison, Wisconsin, found that Walmart’s Great Value brand was diluted with 7.8 percent cellulose.

“Imagine giving that to your kid with their pasta,” attorney Jason Sultzer told CNBC. “We’re very confident that the case is going to move forward, based on the allegations in the complaint.”

Moschetta said that other tests found an even higher concentration of cellulose than the one conducted in Wisconsin, Bloomberg reports.

Parmesan cheese fraud has already taken down executives at Castle Cheese Inc. Michelle Myrter, vice president at Castle, faces up to a year in prison and a $500,000 fine, AP reports.

An FDA report found that Castle’s Market Pantry brand of 100 percent grated parmesan cheese had no real parmesan whatsoever, instead it was a mixture of Swiss, mozzarella, white cheddar, and cellulose.

“We take this matter seriously,” Walmart said in an emailed statement. “We will review the allegations once we have received the complaint and will respond appropriately with the court.”