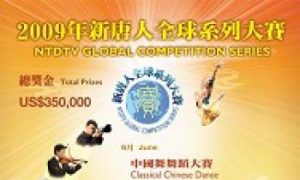 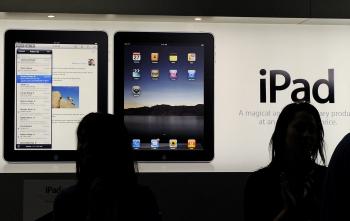 The Australian launch of the iPad inside Apple's flagship store in Sydney on May 28. Walmart announced recently that they are selling the iPhone for over $100 less the retail price and now they will be selling the iPad. (Greg Wood/Getty Images)
Business

By Caroline Dobson
Print
Price wars are escalating between big-box retailers such as Wal-Mart Stores Inc. and Target Corp. The strategy that Wal-Mart is adopting is to rely on rock bottom price promotions.

Wal-Mart instituted sharp price cuts in its U.S. stores during the Memorial Day holiday weekend. More continual markdowns are scheduled for the next quarter.

The world's largest retailer is striving to draw consumers to its U.S. namesake chain and produce an injection into the company. The slashed-priced goods are not available in all stores, which are intended to save shoppers 30 percent on essential items.

In essence, the ranges of discounted products will increase, with Wal-Mart reinstating particular soups and laundry detergents that were withdrawn to streamline the shelves.

The global financial crises may have benefited Wal-Mart due to its low prices. The economic recovery has now detracted consumers on the one hand, whereas on the other hand those who still struggle to make ends meet might be turning to bargain hunting elsewhere.

Wal-Mart, which generated more than $400 billion in revenue in 2009, is the largest private employer and grocery retailer in the United States with satellite operations with different brands in countries including Japan, India, and China.

Wal-Mart has also gained recent publicity with the intention to sell Apple iPhone 3GS for $97, which is at least $100 less than the current recommended retail price.

Gary Severson, senior vice president of entertainment for Wal-Mart’s U.S. stores, said in a telephone interview with Bloomberg that “[they] anticipate being able to have the iPad later this year.” The Bentonville, Ark.-based company did not release details about the availability and pricing of the iPad yet.

The iPad, which lets users surf the Web, watch videos, play games, and read electronic books, represents a new category of device that falls somewhere between smartphones and notebook computers. Apple offers Wi-Fi models with 16, 32, and 64 gigabytes of memory. Prices start at $499.

Wal-Mart’s U.S. revenues from entertainment-related products in the year that ended Jan. 31 was around 13 percent of total sales. Groceries constituted 51 percent of sales, according to an annual report.