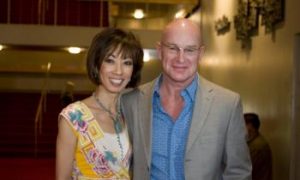 Pakistani Lawyers March On
0
US

Three sheriff's deputies responded to a 911 call at around 3:45 p.m. Sunday, after being notified about a suspicious man carrying a firearm outside the store.

They exchanged fire with a gunman in the parking lot, resulting in the death of the gunman and two male deputies being injured. The fourth victim, a young female, later died at Tacoma General Hospital. It is unknown whether she had any connection with the gunman.

Authorities have not yet released any details about the two deaths.

The two wounded deputies were sent to Tacoma General Hospital for treatment of "non-life-threatening" injuries, said Scott Wilson, spokesman for the Kitsap County Sheriff's Office, according to CNN.

Walmart was in lockdown for 20 minutes after the shooting, with approximately 100 people inside, CNN reported.

At the moment, the investigation "is real basic right now," Wilson said, according to The Associated Press, adding that the officers are unsure why the shooter fled and began firing.

The Washington State Police is currently leading the investigation with Kitsap County Sheriff's Department and asking for help from FBI, according to CNN.