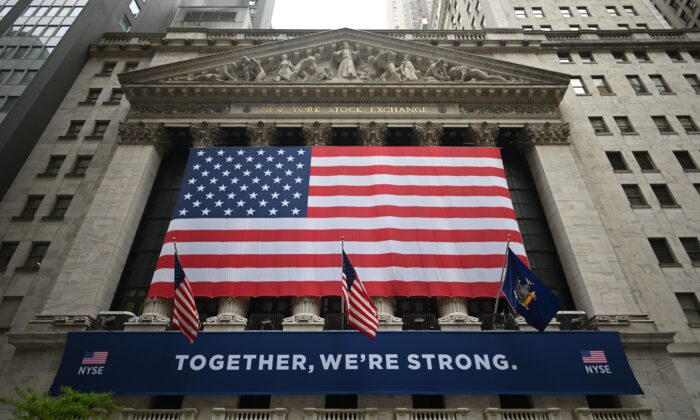 Wall Street’s Latest Stealth Threat to the Global Economy, and Your Money

Investors are always looking for ways to earn above-market returns—and Wall Street is always happy to come up with some creative ways to oblige.

Back during the 2008 meltdown, they fed the market’s appetite for yield with something called collateralized debt obligations or CDOs.

These weren’t new innovations. They were created back in 1987 (the year of another major meltdown) by the investment bank Drexel Burnham Lambert. Bundles of mortgage-backed securities—thought to be the safest, most boring investments in the world—quickly became the darlings of the derivatives markets. Twenty years later, they became the drunk uncle that ruins Thanksgiving dinner. They literally pushed the global financial system to the brink of disaster.

You’d think Wall Street and the financial world would learn a lesson. Not likely.

Their latest creation goes by another ever-confusing acronym CLO.

The New Darling of the Derivatives World

While sounding similar to their CDO cousins, they do differ in some significant ways.

CDOs were made up of asset backed securities which started out primarily as mortgages. As time went on, however, they became the spam of financial instruments, accumulating other debt like credit card debt, auto loans, subprime mortgages, credit default swaps—even other CDOs.

If you read an official document that describes them, you’ll likely see them referred to as “senior secured credits.” That means these loans are “secured” by some kind of lien on company assets. And that they’re “senior” to other debt the company issues (which means they get paid first in the event of a default).

Another way of saying it is “a leverage loan is debt from companies with below investment grade credit ratings.”

In plain English, they’re loans made to companies who have maxed out their debt, can no longer issue bonds, and can’t qualify for a traditional bank loan. (Ironically, they’ve been called “the subprime mortgages of the corporate world.”)

That pretty much tells you everything you need to know.

CLOs are the biggest buyers of these “leveraged loans.”

The Same… but Different

Another big difference is the way the “tranches” of debt are layered.

CLOs raise money by bundling and selling different types of debt and equity securities to investors. Typically it’ll look something like this…

If you buy the higher, triple-A rated tranche, your supposedly getting the “secured senior credits”—you’ll be paid a lower yield, but you’ll get more of your money back should something go wrong with the company.

Those who buy into the lower tranches are taking on a riskier trade. They earn more yield but bear the brunt of the pain in the event of a default.

It would appear that there are some safeguards built into these structures based on your specific risk appetite.

Except for one thing. …

The answer’s simple. They don’t.

Roughly 82 percent of the loans in these securities are VERY MUCH potentially garbage. And there’s a lot of it out there.

According to the Securities Industry and Financial Markets Association… there are $1.6 trillion in leveraged loans outstanding today. Over half (more than $800 billion) are held by CLOs. For comparison, the total value of the CDO market in 2007 was $640 billion.

Typical buyers of CLOs include insurance companies, mutual funds, banks and bank holding companies, pension funds, and the ever-present “other.”

In other words, places you may have some of your money.

Now to be fair, comparing these to the CDO market in 2008 is not quite apples-to-apples. The CDO market had become enormously leveraged. That means the trillion or so outstanding—when the bubble popped—landed on the markets more like $10 or $15 trillion.

The amount of leverage in these is not really clear, so it’s possible the impact of any defaults may not be as widespread.

So What’s the Bottom Line?

Are these bundles of “leveraged loans” close to some kind of critical mass that could negatively impact the economy and financial markets?

(If defaults within these instruments did erupt to impact the economy, investors should be looking in the direction of risk-off assets. Investments like the iShares Core U.S. Aggregate Bond ETF, or the Vanguard Total Bond Market Index Fund ETF.)

But there is one telltale sign of when an insider market is starting to bubble up—when they start selling them to individual investors.

I’ll leave you with this from just last year:

“In a week rife with fun exchange-traded fund applications, one stood out: the Janus Henderson B-BBB CLO fund (ticker JBBB). If approved, it’ll invest at least 80% of assets in securities rated from BBB+ to B-, according to the filing.”