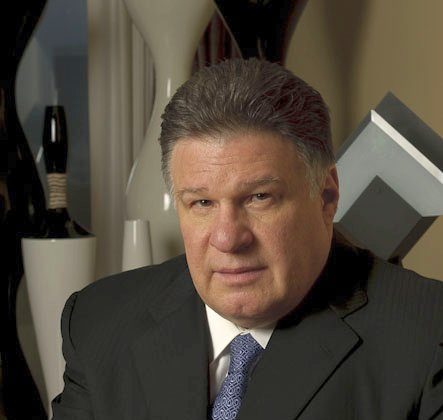 Victor Sperandeo is a veteran Wall Street trader and money manager, and has written three books on trading and finance. He recently spoke with the The Epoch Times about markets and the economy. (Victor Sperandeo)
Business

As a day trader, he used to generate 71 percent returns per year. Victor Sperandeo, now in his 60s, has not lost his sharp analytical abilities, but he is taking it a bit slower after moving from Wall Street to Dallas, Texas.

He said that the reason he moved from New York to Dallas in the ’90s was mostly because of the weather and the women. “This is a fabulous place to live, very little stress, little traffic, it’s a terrific place to live except in the summer time it’s very hot,” adding that the people are very friendly and taxes are low in Texas.

One of Jack Schwager’s market wizards and a member of the Trader Hall of Fame, Victor “Vic” Sperandeo has more than 40 years of trading experience and called the 1987 stock market crash. He now runs two companies that design statistical financial products and use them for trading. With respect to his proprietary trading, he shifted from day trading to intermediate term trends. In Dallas, he spoke to The Epoch Times about the state of the economy and a return to pro-growth policies, recommending that investors take a conservative position.

“The system is bankrupt, it’s living on life-support from the Fed and now fiscal policy is going to have a profound effect,” he says. He is talking about the massive amount of debt that the government racked up, especially since the end of the global financial crisis.

Official debt has almost doubled to $16 trillion since 2008. The Obama administration spent record amounts on stimulus and transfer payments to promote growth after the financial crisis. Annualized growth since 2009, however, has only been 1.3 percent per year.

The Federal Reserve on the other hand has financed new debt issuance through three Quantitative Easing (QE) programs. “When the government is borrowing money, it’s the Fed that’s buying those bonds indirectly from the banks,” Sperandeo says about the commitment of the Fed to buy $45 billion of Treasury bonds per month via its Operation Twist and recently extended QE 3 program.

But official debt is not the problem. According to Sperandeo, total liabilities including Social Security, Medicare, and Medicaid are even higher, estimated at $50 trillion.

Those commitments were accrued when growth was still high and the possibility to service them was there. With growth as low as it is, the only thing that remains to keep the system afloat is debt creation by the federal government and monetization by the Fed.

“Whenever you have an exponential move up in debt, once you stop, the system collapses,” he says. As the private sector deleveraged after the housing bust in 2008, the government started to issue more and more debt, with budget deficits reaching $1.3 trillion in 2012.

Thanks to the actions of the Fed, we have had a period of relative economic stability and sluggish growth instead of a 1930s-style depression. In finance, however, there is no “free lunch” and everything has a price.

“Nothing is free. The price is inflation,” says Sperandeo, who believes in the Austrian theory of economics, which says an exponential increase in the base money supply (notes, coins, and bank reserves) must lead to hyperinflation and a system reset. “Eventually the system will collapse. It’s very hard to predict when because it’s psychological. When do people stop buying bonds? When do they start selling the dollar?”

He then goes on to explain that this inflationary collapse is essentially an unfair wealth transfer from savers to debtors. “The rich are benefitting and who is paying are the savers, the middle class and effectively the poor.” Finance professionals like Sperandeo know how to hedge against inflation, but normal people don’t.

“Who pays for these rising prices? The middle class, people who go to the store and buy food. They don’t understand how to hedge; they don’t have the capital to hedge. The people who understand how the system really works, they buy [stocks and commodities] and they make money. … They have savers that are getting paid zero. With the government borrowing the money at a forced policy of keeping interest rates low, the benefactors are corporate America and the government, because they are the biggest borrowers. The losers are the savers, because they are not getting a real interest rate.”

The Fed, however, is just trying to manage the countervailing forces of private debt destruction and public debt expansion. “[Bernanke] doesn’t think about hyperinflation at this stage. He wants some inflation, like four percent. He doesn’t say that. He is trying to keep the system afloat,” said Sperandeo.

Given these imbalances of private and public debt and the inflationary threat, Sperandeo sees only one way to manage the rebalancing without crashing the economy completely. He advocates classic pro-growth policies of low taxes and low regulation to stimulate real economic activity.

“There is a way, it has to do with allowing people to make money and become wealthy. Zero capital gains rate like in HK and Singapore, which have very high growth rates. That’s where the U.S. should be. The lower the capital gains rate, the easier it is to obtain capital and start a business. The more businesses, the more jobs and the more businesses, more people working, more taxes being collected,” he said.

He also believes that regulations have a huge cost on businesses and serve no productive purpose. “You really have to go in the opposite direction. More freedom, more growth, limited government.”

He says that inflation could not be avoided because of increased real economic activity, but this scenario would be preferred to the one with high inflation and no real growth. “With zero [interest] rates, a zero capital gains rate and a pro-growth fiscal policy, things would be booming. You would have inflation … that would be more than 2.5 percent.”

Sperandeo hopes that both political parties could implement these policies rather than impose austerity or extend the current policies, as an outcome of the debate on the fiscal cliff. He thinks extend and pretend is not an option any longer: “You will get more weakening by kicking the can down the road. It means that we are not trying to solve the difficult problems of curbing the growth of debt and extending it to future generations and future years to worry about. Things will get worse slowly.”

Fiscal austerity of raising taxes and cutting spending will lead to even more disastrous results, “You raise taxes and you lower spending, look at Europe, look at Greece, look at Spain, look at Portugal, look at France,” he says. These countries implemented socialist policies before their current debt woes, and now austerity is merely causing high unemployment, while growth remains elusive and even budget deficits are rising.

How then can an individual investor protect himself against inflation and a difficult economic environment?

“Be conservative, have some cash, some T-Bills. American Express will pay you a much higher yield than a bank,” says Sperandeo.

He also says that a home to live in might be a good investment under certain circumstances. “I believe if you can cover your cash-flow, it is good to have a house that you are going to live in that you can afford that has a mortgage. The reason I believe in that is: If inflation comes, it will wipe out the payment of the mortgage,” he says, stressing that you have to have the income secured to make the interest payments.

In terms of foreign currencies, Sperandeo thinks the Australian and Canadian dollars are the best bets, with the euro, yen, and sterling not much better than the U.S. dollar.

He also recommends holding 10 to 20 percent of your net worth in physical gold or Exchange Traded Funds (ETFs) that hold bullion. “10 percent is a hedge against the future, 20 percent is very aggressive,” he says, stating that allocating 100 percent to gold would be “reckless.”

He also explains why it’s ok to hold gold even though it doesn’t generate any income: “You don’t earn any income by having cash in the bank either. One of the reasons why gold is so strong is because there are zero interest rates and low interest rates around the world. There is no opportunity loss. If T-Bills were six percent or you could get six percent in a CD, gold wouldn’t be anywhere near where it is now without inflation. With inflation, gold would be up. Without inflation, gold would be tanking.”

If gold, a house, and foreign currency are too boring, “Trader Vic” has some special recommendations: “We are in Texas. If you bought guns in the last year that are not mass produced guns, … you have instant profits.” He is only speaking about guns as an investment of course, not as a plan for the end of days. “I am only saying that any tangible, antique automobiles, anything that is something of value and cannot be recreated easily has gone up in price.”