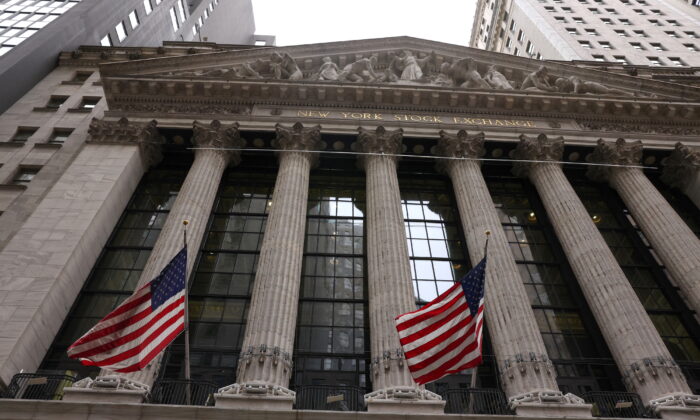 It was the third straight week of losses for both the S&P 500 and the Nasdaq, while the Dow Jones posted its fourth weekly decline in a row.

For the week, the Dow dipped 1.9 percent, the S&P dropped 2.8 percent, and the Nasdaq declined 3.8 percent.

The decline came after Federal Reserve officials indicated this week that the central bank will make a 50-basis-point rate hike in its next meeting on May 4.

Federal Reserve Chair Jerome Powell suggested on Friday that the next interest rate hike may take a sharper move as high as 50 points.

“It is appropriate, in my view, to move a little more quickly on interest rates,” Powell said during an event as part of the International Monetary Fund’s (IMF) Debate on the Global Economy.

He added that a half-percentage-point increase at the May policy meeting is on the table.

Overall, he believes the post-pandemic U.S. economy is doing well, but the caveat is that the country will not return to the “old pre-pandemic economy.” That said, the general economic strength in the United States could support a more aggressive approach to monetary policy.

“I would support at this point, given where the economy is, a 50 basis point rise in May and a few more to get to that 2.5 percentish level by the end of the year,” she said Friday on CBNC.

‘Long Overdue for a Correction’ After Abnormal Low Rates

David Delisle, author of The Golden Quest, told The Epoch Times the market plunge is a quick shock caused by fear and uncertainty in a market that is long overdue for a correction.

“There’s a lot of fear and uncertainty right now in the markets. We’re seeing rising interest rates that will have a massive long-term impact on the markets,” he said.

Abnormally-low interest rates have been driving up the markets for years. Contraction in growth and shareholder earnings could be expected once the trend changes, Delisle explained.

The war in Ukraine is also a factor, though it doesn’t have the same long-term impact on the markets as rate hikes.

However, the war does deepen the “feeling of fear and instability.”

In the last decade, the Federal Reserve cut the federal funds rate to zero or near-zero twice: once after the financial crisis in 2008, another after the COVID-19 pandemic.

Jason R. Escamilla, founder and CEO of Impact Advisor, told The Epoch Times that the markets are embracing a bearish sentiment.

His calculation based on the American Association of Individual Investors (AAII) data shows the markets reached 15 percent bullish sentiment, the lowest in 30 years, last week and 18.9 percent this week.

Reuters and Andrew Moran contributed to this report.