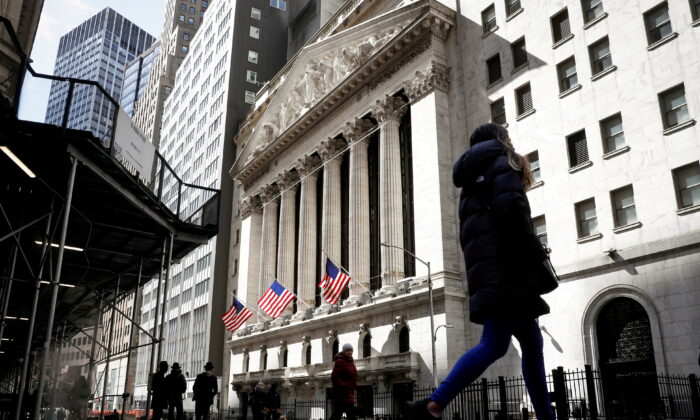 By Zijia Song and Katherine Doherty
From Bloomberg News

Wall Street leaders turned up their noses when Bitcoin exploded onto the scene more than a decade ago. Now they’re paying sweet premiums to crypto recruits, amassing an army of enthusiasts within the traditionally staid realm.

Some of the biggest banks and financial firms have added about 1,000 crypto-related roles since 2018, according to Revelio Labs, which collects data by scraping LinkedIn. Among those hiring the most are JPMorgan Chase & Co., Wells Fargo & Co., and Goldman Sachs Group Inc., which shored up their ranks as demand for the fast-developing virtual currencies ballooned.

The expansion of Wall Street’s legions traces an uncomfortable and at times testy relationship with the cryptocurrency. Banks had largely stayed away as Bitcoin prices rocketed to new heights and endured frequent crashes. JPMorgan Chief Executive Officer Jamie Dimon called it “worthless” in October after deeming it a fraud in 2017. But behind the scenes, growing global acceptance and client interest have eroded their resistance, leading firms to add research teams and trading desks—and, according to recruiters, offering compensation bumps of as much as 50 percent for comparable roles to lure talent.

“The banks can’t run the risk that their clients go to another bank to do these services, so they need to build up,” said Alan Johnson, managing director of Wall Street compensation consultancy Johnson Associates. “This is a big asset, a big opportunity, and they need people and need them in a hurry. They’re willing to pay a lot.”

Citigroup Inc. and Morgan Stanley were also among those adding staff, according to Revelio Labs. Most of the firms declined to comment on the data or provide hiring figures, or didn’t respond to requests for comment. Citigroup said in a statement that clients are increasingly interested in crypto and that it’s monitoring development thoughtfully in light of factors like regulation.

But there are signs of the effort elsewhere. Employees who added a new crypto-related position to their LinkedIn profiles this year through September has already surpassed last year’s tally, separate LinkedIn data show. The total has tripled since 2015, according to the data, which surveyed 12 financial firms.

And, as financial firms staff up, they have to compete with technology and crypto firms doing likewise — competition intensified by a scarcity of talent with both types of experience, recruiters said. That means a crypto job can be lucrative, with a related role at a bank commanding a 20% to 30% premium in total compensation over a comparable position at the same institution, according to Johnson.

For more senior roles like research or trading heads, that could rise to 50%, he said. Crypto experts across financial firms see average salary increases of about 9% in their new roles versus previous ones, according to Revelio Labs.

Still, there are reasons for caution about working with the assets. Crypto firms face the prospect of a broad crackdown from federal regulators, while China, which already has rules barring banks from offering crypto-related services, banned crypto transactions in September. Amid the crackdown, some Bitcoin miners shifted operations out of the country.

Bank of America, for one, is looking to add to its new crypto research team over time, according to Alkesh Shah, who runs it. The group was set up in July following calls from clients seeking to understand how they can invest in the assets, Shah said in an interview.

“The industry and the technology became too big to ignore,” he said. “There is going to be significant value creation across this ecosystem and we want to make sure clients understand how the value creation occurs.”

The bank’s move signals traditional finance’s new openness to Bitcoin, as its value soared over the past year to a record in October. JPMorgan’s Dimon, who later said he regretted his fraud comments, said in October that he’d follow his clients, whatever his opinion. Morgan Stanley Chief Executive Officer James Gorman, who reportedly once called Bitcoin “totally surreal,” said recently it’s not a fad.

“We’re experiencing the golden days of Wall Street in crypto,” said Michael Bucella, general partner at crypto investment firm BlockTower Capital. “We are in the early days of capital markets 2.0.”

The staff hunt appears to be gaining momentum at both banks and crypto companies.

“Even within the past week or two, we have been bombarded with headhunters who are looking for people to come and be crypto traders in everything from hedge funds all the way to larger banks,” Justin Schmidt, head of strategy at crypto-trading engineering startup Talos, who joined from Goldman Sachs, said last month.

Working at a crypto firm may offer lifestyle improvements not traditionally seen on Wall Street, as well as the chance to own a stake in something, said Elsie Brown-Russell, who was the first hire on the product and technology team at crypto firm Grayscale Investments. Whatever the competition, Wall Street is beefing up.

Scott Wilk, who worked in crypto before landing at venture capital firm Imaginary, pointed to “all these big banks that wanted nothing to do with crypto.” But, he said, “meanwhile, you find out they were kind of secretly always doing their research in the background, knowing that there would be a time when it would be okay to say that you’re in crypto.”