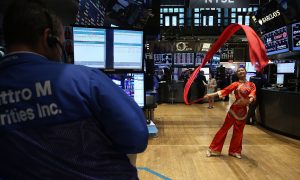 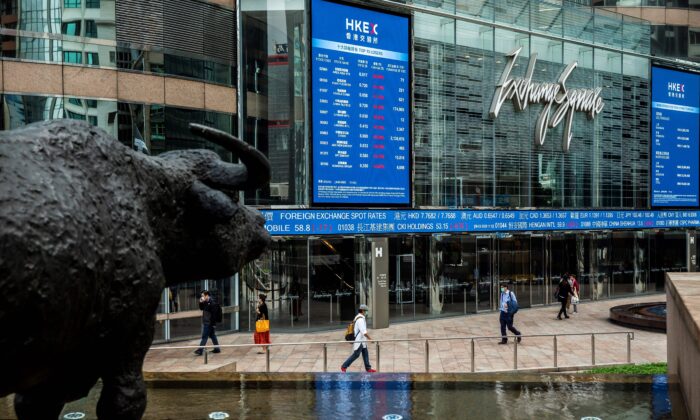 Three major U.S. investment banks will delist a total of about 500 Hong Kong-listed structured products, according to corporate filings from Hong Kong stock exchanges on Sunday.

Goldman Sachs, JPMorgan, and Morgan Stanley stated that the delisting was in compliance with President Donald Trump’s executive order (E.O.) 13959.

Trump issued the order (pdf) on Nov. 12 last year, banning U.S. investments in Chinese companies that have been designated by the Pentagon as having ties to the Chinese military, citing threats to U.S. national security.

The ban comes into force on Jan. 11 when U.S. investors, including pension funds, will be prohibited from trading any securities of these blacklisted Chinese companies. However, transactions to divest the covered securities are permitted until Nov. 11 this year.

Hong Kong Exchanges and Clearing, which runs the Hong Kong Stock Exchange, said in a statement on Sunday that the planned delisting won’t have a “material adverse impact” on the city’s structured products market.

“HKEX is working closely with the relevant issuers to ensure orderly delisting, and facilitate buyback arrangements being arranged by the issuers,” it added.

On Jan. 7, the New York Stock Exchange announced that it will delist the three Chinese telecom companies beginning on Jan. 11 but not before MSCI Inc., FTSE Russell, S&P Dow Jones, and Nasdaq have all announced removing some Chinese companies from their indexes, in compliance with the executive order.

The integration is known formally as the military-civil fusion, which Beijing adopts to advance its technology innovations. The fusion effort is overseen by a Chinese government agency called the Central Commission for the Development of Military-Civil Fusion, which was established in 2017.

The Trump administration has repeatedly warned about the Chinese Communist Party’s (CCP) efforts to leverage this cooperation.

“Through the national strategy of Military-Civil Fusion, the PRC [People’s Republic of China] increases the size of the country’s military-industrial complex by compelling civilian Chinese companies to support its military and intelligence activities,” stated the White House in a statement on Nov. 12 accompanying the executive order.

The White House added, “Those companies, though remaining ostensibly private and civilian, directly support the PRC’s military, intelligence, and security apparatuses and aid in their development and modernization.”