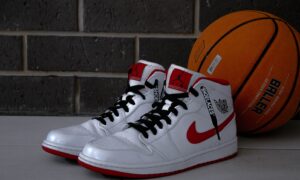 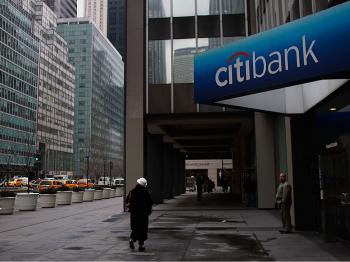 Heide B. Malhotra
View profile
Follow
biggersmaller
Print
A new report by two nonprofits attempts to summarize the cause of the financial crisis.

“Gambling became the financial sector’s principal preoccupation, and the pile of chips grew so big that the Money Industry displaced real business that provided real goods, services and jobs,” the report charged. “When all the speculators tried to cash out, starting in 2007, there really wasn't enough money to cover all the bets.”

Over the past 10 years, Wall Street lobbyists bought America’s political establishment for more than $1.7 billion, of which about 55 percent went into the pockets of Republicans and the remainder was shared by Democrats, the report claimed.

Data from 2007 showed that government officials were faced with 2,996 lobbyists paid by the financial sector. Furthermore, many of the lobbyists were ex-government executives who knew how to win over their former colleagues.

“Government officials at all levels prepare for their eventual retirement by acquiescing to demands from industry executives. They grease the hand that will feed them after retirement,” said an unnamed government analyst.

Throwing Caution to the Wind

“In return for the investment of more than $5.1 billion in lobbying expenditure and campaign contributions, the Money Industry was able to get rid of many of the reforms enacted after the Great Depression and operate, for most of the last ten years, without any effective rules or restraints,” the report said.

Some say that the lines blurred among Wall Street, industry officials, the Washington political establishment, credit agencies, and lobbyists. Credit rating agencies dispensed superior ratings to those who paid large sums for their consulting services, jeopardizing the fiduciary trust placed on them by investors and the general public.

Federal agencies, including the U.S. Securities and Exchange Commission, the Federal Reserve Bank system and the U.S. Treasury refused to take action, even when confronted by whistle-blowers such as Harry Markopolos and Peter Scannell.

“The California energy crisis in 2000, and the subsequent collapse of Enron—at the time unprecedented—was an early warning that the nation’s system of laws and regulation was inadequate to meet the conniving and trickery of the financial industry,” the report’s researchers claimed.

Financial regulatory actions, especially to curtail hedge funds and financial derivatives, must be enacted, the researchers said in the report.

The merger mania should also be stopped and mega banks must be broken down into smaller parts. In the past several years, investment banks acquired commercial banks and converted to bank holding companies.

“Congress must adopt the view that Wall Street has no legitimate seat at the table … This time, legislating must be to control Wall Street, not further Wall Street’s control,” concluded the researchers.