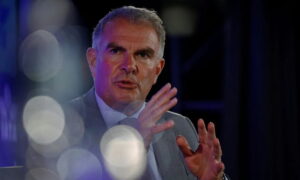 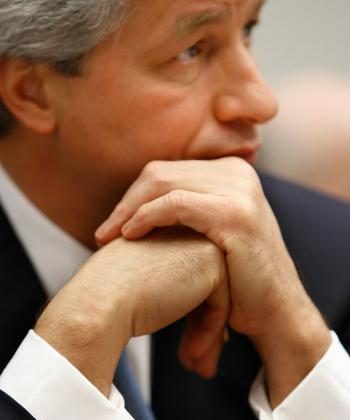 Antonio Perez
View profile
Follow
biggersmaller
Print
Facing increasing public anger and distrust, leaders of the nation’s largest financial institutions were in Washington on Wednesday. They testified in front of the House Financial Services Committee on how the companies used public funding from the Troubled Asset Relief Program (TARP).

None of the banking executives flew to Washington on private jets.

President Obama has been critical over the handling of $350 billion of TARP funds already given out. Banks, as well as the Treasury Department, have been mum over how the funds are being used so far.

The banking executives faced a grilling from lawmakers, as more than $176 billion of bailout money was spent without a noticeable increase in credit activity or economic growth.

Chief executives from Bank of America, JPMorgan Chase, and Citigroup—the three top lenders in the United States—faced the most severe questioning.

Rep. Gresham Barrett (R-S.C.) told the bank executives, "My folks simply have not seen the evidence that the money you were given is working or making their lives better."

Unlike Detroit automakers, most of the banking giants did not request federal funds. The Bush administration gave billions to banks that were deemed healthy in order to avoid a financial system collapse.

The bankers praised the financial rescue plan and some said that no TARP money was given out as bonuses. The CEOs also defended the banks’ usage of the money, and insisted that the funds helped promote lending activity and mortgages.

What became of TARP?

“Many people believe—and, in many cases, justifiably so—that Wall Street lost sight of its larger public obligations and allowed certain trends and practices to undermine the financial system’s stability,” Lloyd Blankfein, CEO of Goldman, said in a prepared statement.

Blankfein, one of the first financial executives to decline a bonus last year, presides over the most powerful investment bank on Wall Street. Goldman received $10 billion in federal money.

According to Blankfein, Goldman used TARP capital to finance Sallie Mae in providing more than $1.5 billion in student loans. The company also committed capital to a number of corporate loans.

Citigroup CEO Vikram Pandit said that his company has used TARP funds for “expanding mortgages; personal loans and lines of credit for individuals, families and businesses; and creating liquidity in the secondary markets.”

In the fourth quarter alone, Citi provided $75 billion in loans for U.S. consumers and businesses, he said.

As one of the largest beneficiaries of TARP—having received $45 billion and $7 billion in guarantees—Pandit defended Citi’s usage of the TARP funds.

“We have extended our foreclosure moratorium to help millions of other eligible homeowners whose mortgages we service,” Pandit said.

Citi used $25.7 billion to restructure its U.S. residential mortgage activities, including supporting Fannie Mae and Freddie Mac, as well as reducing mortgage payments for homeowners it services. An additional $2.5 billion was used to provide business and personal loans, and $1 billion was used to fund student loans.

Bank of America CEO Kenneth Lewis also outlined how his company has used TARP money to stimulate commercial and personal lending activities. He also focused on returns for taxpayers.

“We will make our first dividend payment to the Treasury of more than $400 million next week, and we will pay the Treasury, and ultimately taxpayers, about $2.8 billion in dividends alone for the year,” Lewis said in a prepared speech.

During the hearing, all eight CEOs said they would provide Congress with the amount of new loans directly derived from TARP money.

Most of the banking executives at the hearing did not receive bonuses last year, but the $18 billion in total bonuses Wall Street handed out last month troubled lawmakers.

Citi’s Pandit said, "I've told my board of directors that my salary should be $1 per year with no bonus until we return to profitability."

But the bonus issue remains a sensitive one. Wall Street employees expect annual bonuses, and without incentives, the banks argue that they would lose their top employees to their competitors overseas, or to other industries.

Bank of America acquired Merrill last September, and went ahead with the deal despite Merrill’s staggering losses—$15.3 billion in the fourth quarter alone.

According to Cuomo’s office, the top four Merrill bonus recipients received a combined $121 million in bonuses, at a time when the federal government invested $20 billion of taxpayer money into Bank of America for the transaction and agreed to guarantee $118 billion of Merrill’s assets against loss.